Moto: A Ride Down Memory Lane 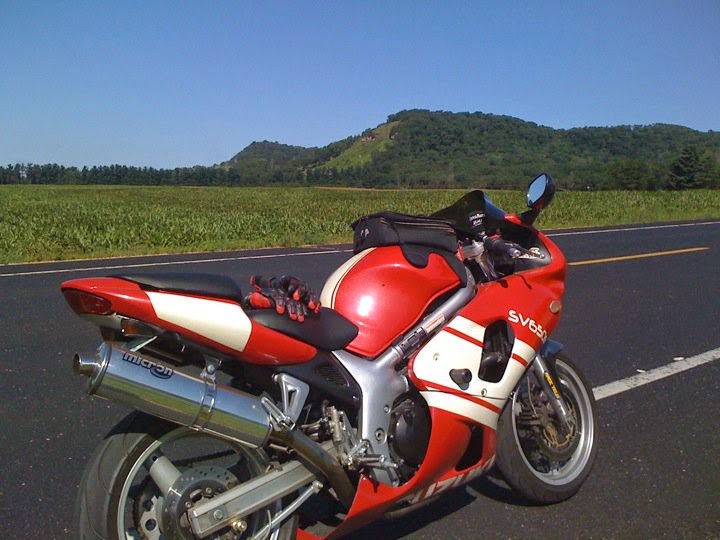 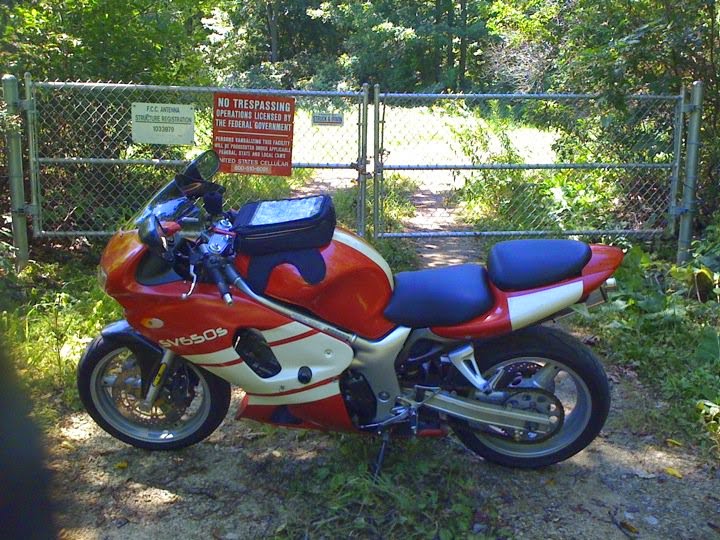 Rode up Mile Bluff in Mauston. 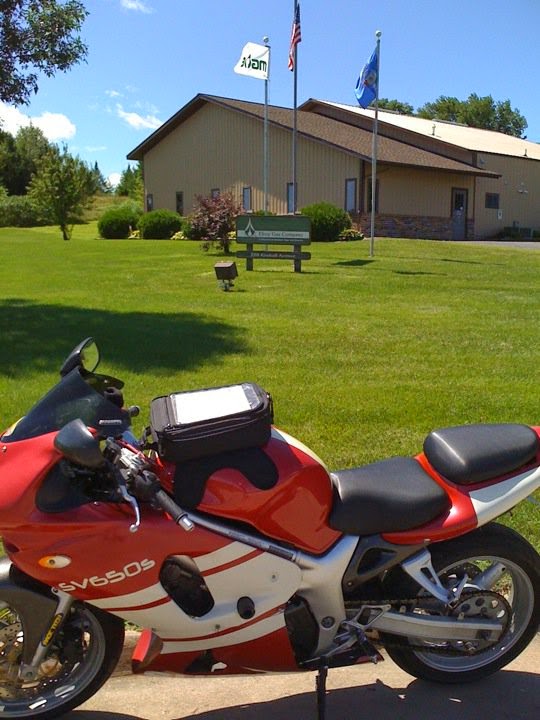 Since is was in the area I snapped a picture of Elroy Gas Company (a subsidiary of Madison Gas & Electric). 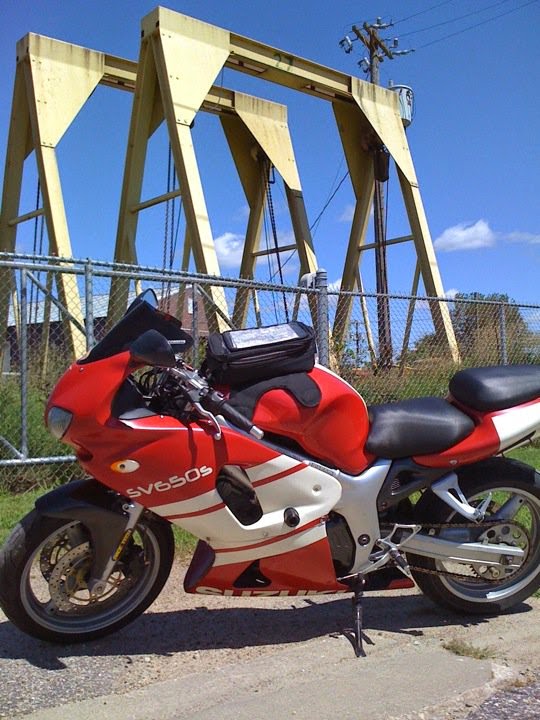 The summer of 1997 as an occasional seasonal worker at Walker Stainless, I spent weeks painting these two cranes bright safety yellow. Now they are barely yellow and sitting in a pile of weeds. 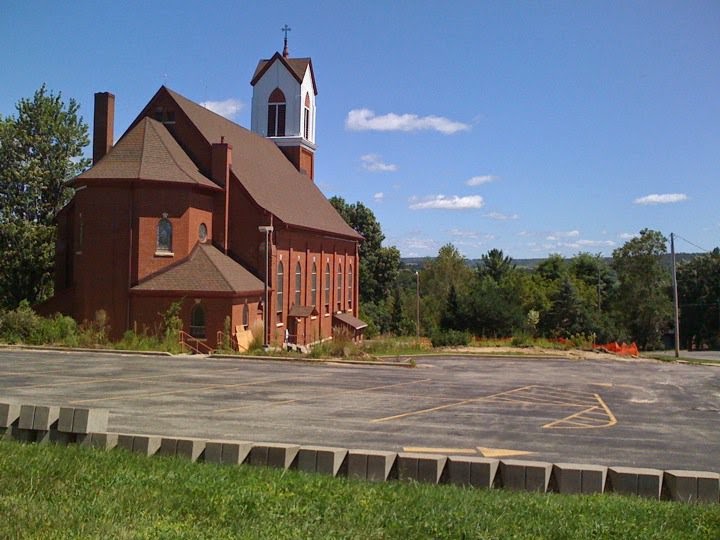 We came to Wisconsin when I was 9 because my mom got a job as a religious coordinator for this church in the picture (St Patrick's in Elroy, WI) part of the job was that we got to stay in the rectory next to the church. I wanted to stop by and see the house and found out it had been torn down. As was the elementary school a little further up the hill from here. 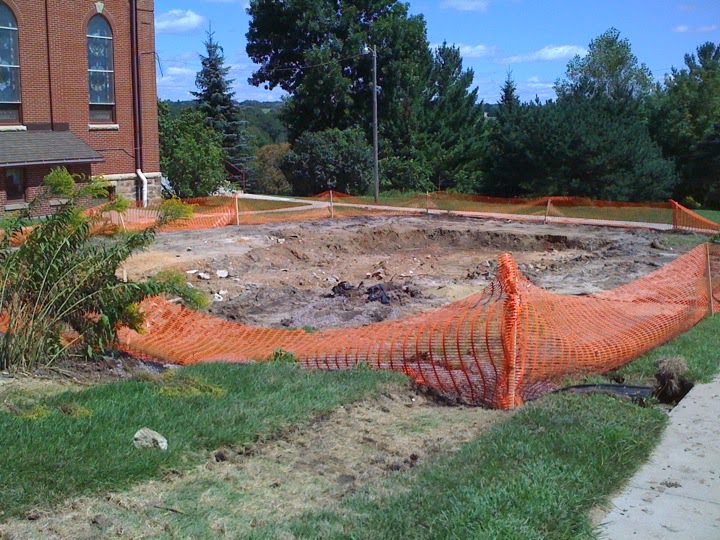 Now it's just a hole in the ground. 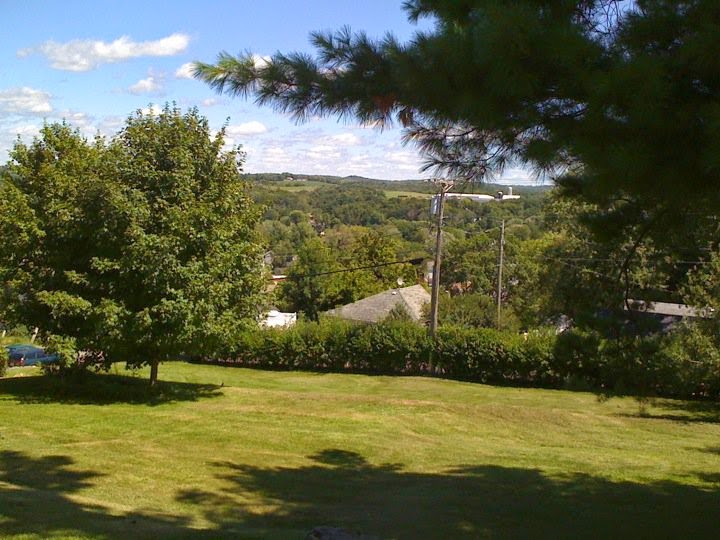 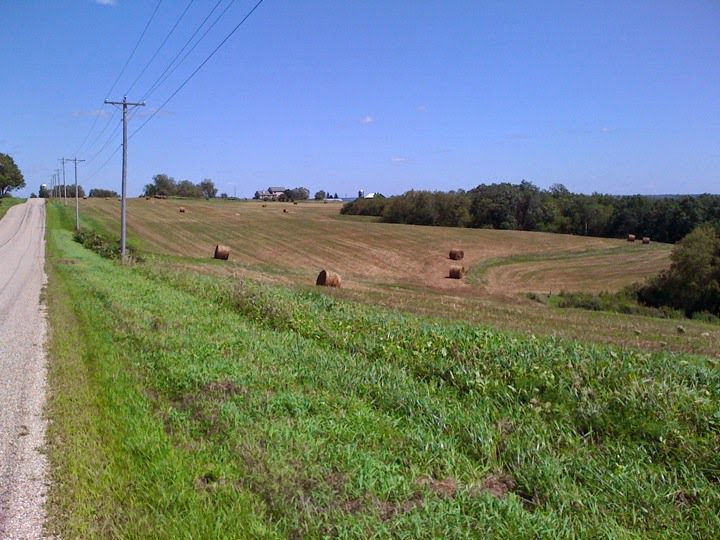