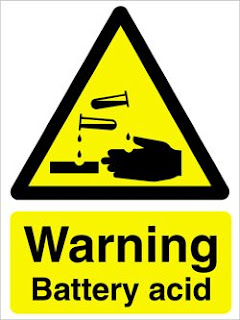 So after my first attempt jumpering the solenoid the night before last, I put the battery on the charger and left it to charge overnight.  When I came out in the morning there was a small pool of liquid under the battery.  After some googling I found that a battery left on charge too long could overflow out the aptly named overflow tube.  Further googling revealed that you can neutralize battery acid with baking soda.  Upon application I heard some fizzing so I definitely had a battery acid incident.  Have no fear it has been resolved!

Despite the small spill the battery had re-charged and was ready for testing.  Upon further thought earlier in the day I decided that all the sparking unnerved me so I decided to wire a proper switch to jumper the solenoid. 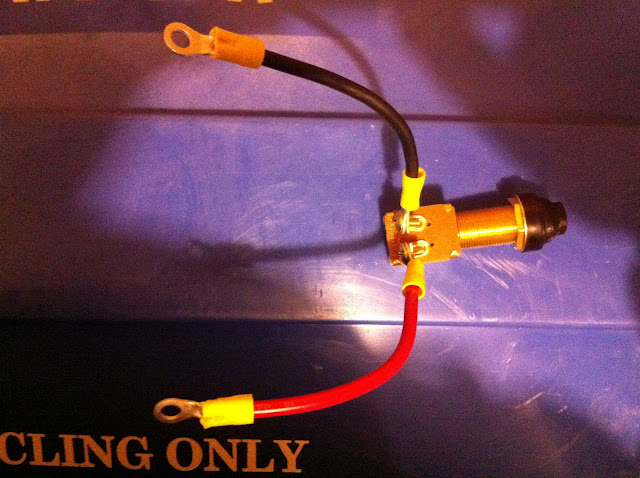 Basically just a momentary push button switch with some 10 gauge wire and connectors attached.  Doing this made me feel better about the whole affair and now I can proceed with engine testing while running down the original electrical fault if I like too.  Below is a video I took of the test...

After that I disassembled the left carb, much like the right one there was no clogging of the jets, just some varnish on certain parts, however I will complete a thorough cleaning as with the right carb.  Also with the help of some people on CafeRacer.net (specifically Hillsy on the forum there) I learned that the mystery hose connections were breather ports for the carb bowls and that they just needed to have new hose put on and routed down by the swingarm where the float bowl overflow tubes go to.

I am starting a run of 12 hour shifts for the next three days so we'll see if I can get anything done before the weekend.  Either way stay tuned for more!
Posted by juanbook at 08:35