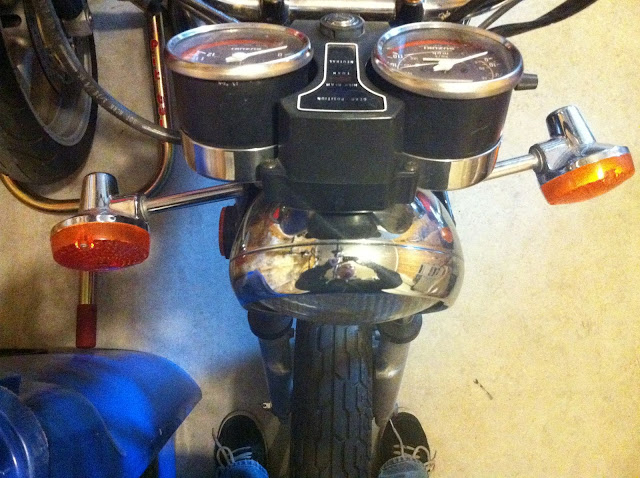 Every once in a while you set out to get something done and it just doesn't work out the way you meant for it to.  Today I wanted to continue on with the headlight work I have been doing on the "Low Slinger" but things just didn't go as planned.  I wanted to use the bike hoist I had made many years ago to lift the front end of the bike off the ground enough to slide the fork tubes down so that I could get the headlight mounting brackets off of them.  They had obviously been quite bent in a crash at some point  in the bikes 31 years on this earth and I wanted to straighten them up so that the headlight was centered and the turn signals were straight. 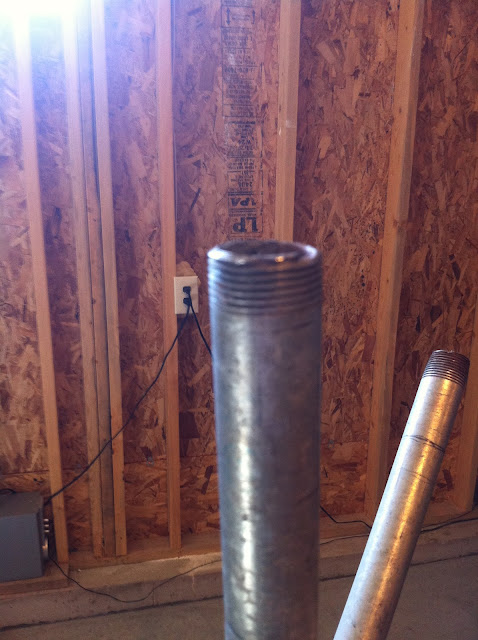 The problem I ran into upon assembling my bike hoist is that I forgot that when I was last assembling it I accidentally over torqued one of the pipe joints and I twisted the threads off  of the pipes and it was stuck in the tee joint.  I had meant to replace the pipe and the tee joint before I would need the hoist again but that was years ago. 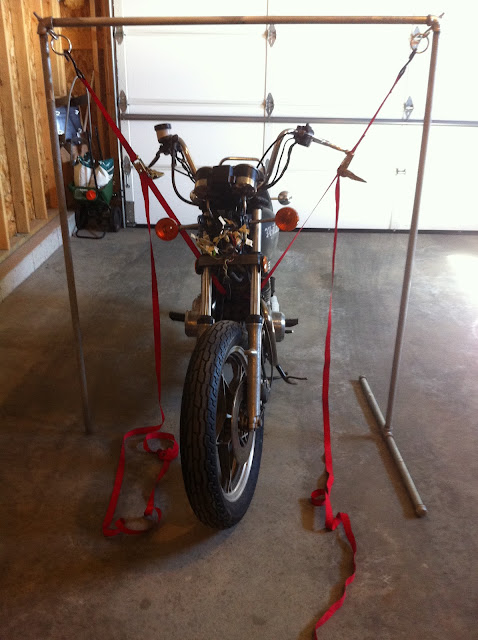 Undeterred I finished assembly without the missing right leg base and figured I'd give it a go and see if it would lift the front end.  I figured the chances of me dropping the bike were pretty slim. 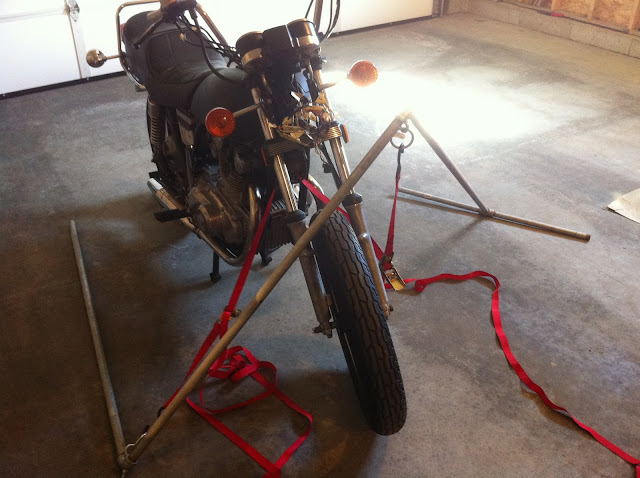 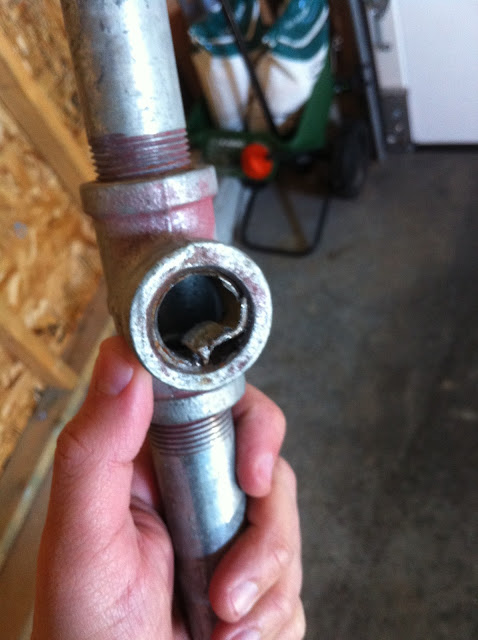 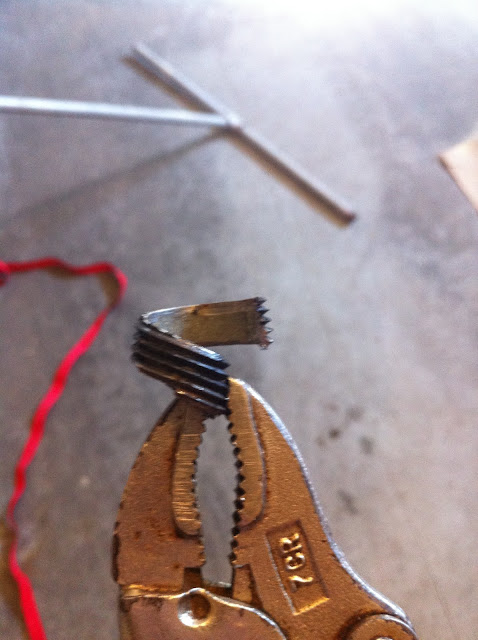 So I spent what time I had carved out for working on the bike (not much since I am work 12 hr night shifts this week) using a hack saw and a chisel to cut out the threads that were stuck in the tee joint and hope that I could use the remaining threads on the pipe to complete the assembly of the hoist and get the job done.  Well it turns out that the remaining threads on the pipe weren't deep enough to engage the tee joint, at which point I disassembled the whole shebang and called the day a loss. 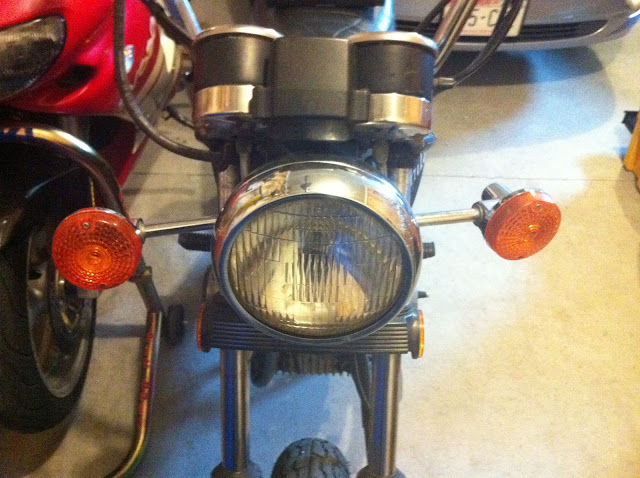 Isn't it funny how that works some times?  One little thing ends up throwing a wrench in your plans as I get older I find that a lot of the times (intentionally or not) that one thing is normally me!
Posted by juanbook at 16:21