Oldbike: Clean The Sprocket and Pull The Drive Sprocket Cover 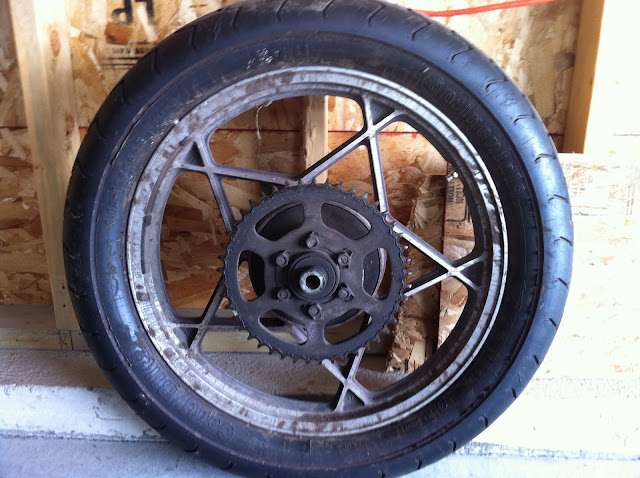 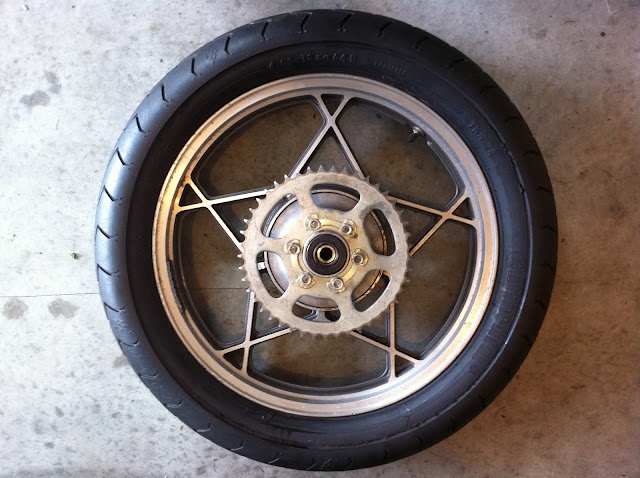 On Sunday I decided to finish up the rear wheel assembly cleanup and get the rear wheel back on the bike.  I was also going to give another shot at pulling the drive sprocket cover.   There really isn't too much to say about the cleanup process, I used a combination of Brakleen (brake parts cleaner) and WD-40 as solvents and just used a series of brushes and rags to get the end result.  Here are the pictures of the work. 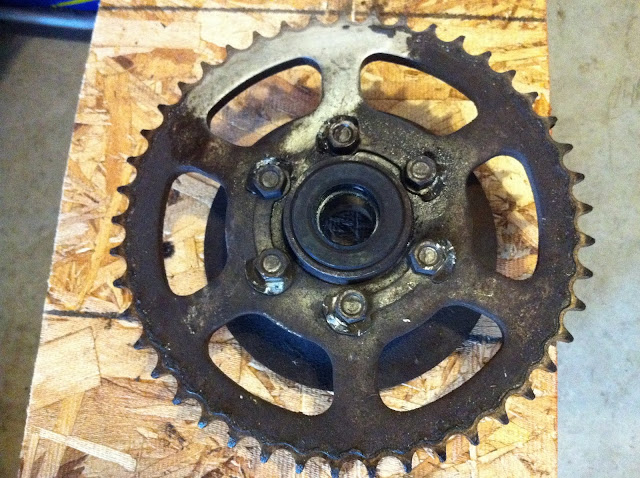 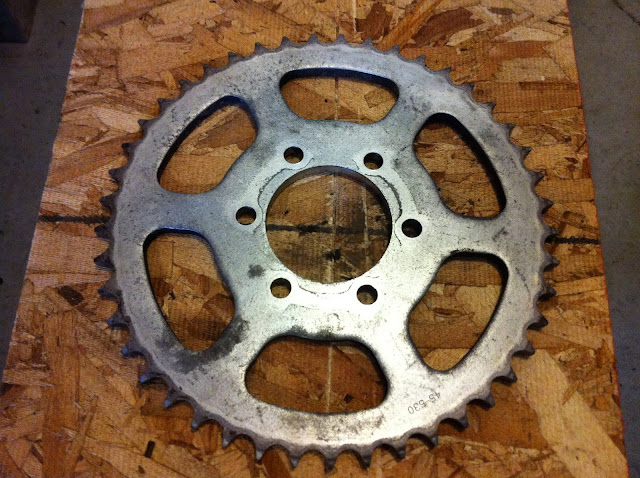 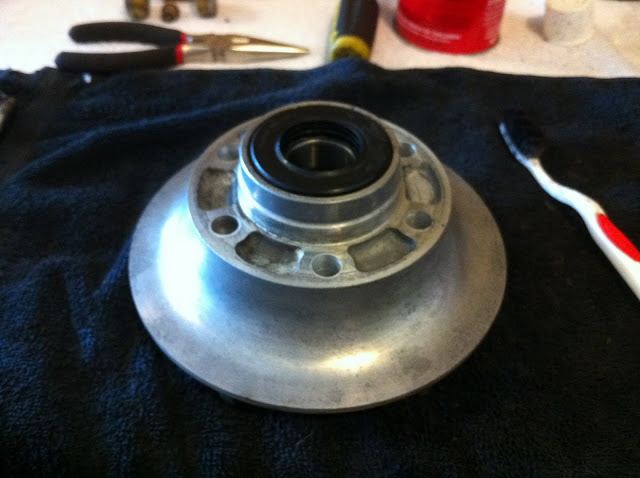 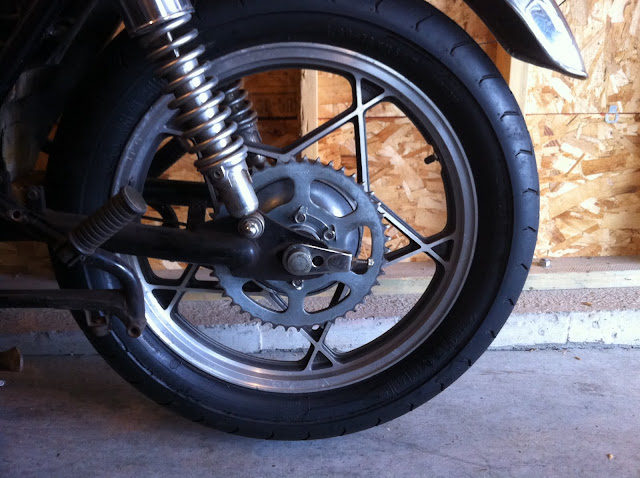 Always replace cotter pins with new ones instead of re-bending old ones! 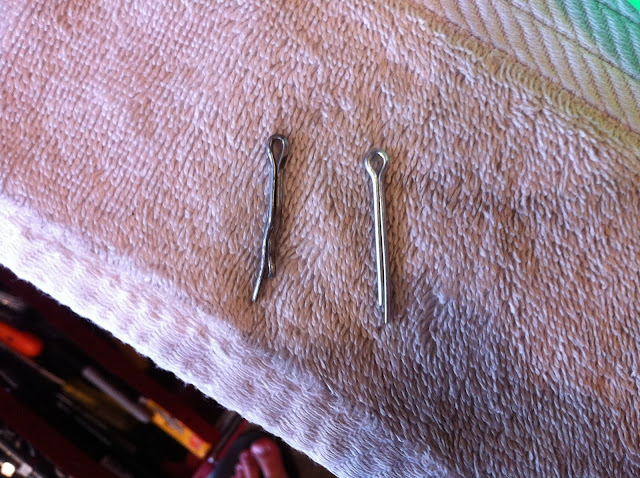 Once I got the rear wheel back on I directed my attention to the drive sprocket cover.  I was the previous day I was running into issues with three Phillips-head Bolts that were pretty darn stuck, so I hit them with the PB Blaster and let them soak overnight.  Today they were being no less stubborn and the Phillips-heads were pretty much destroyed. 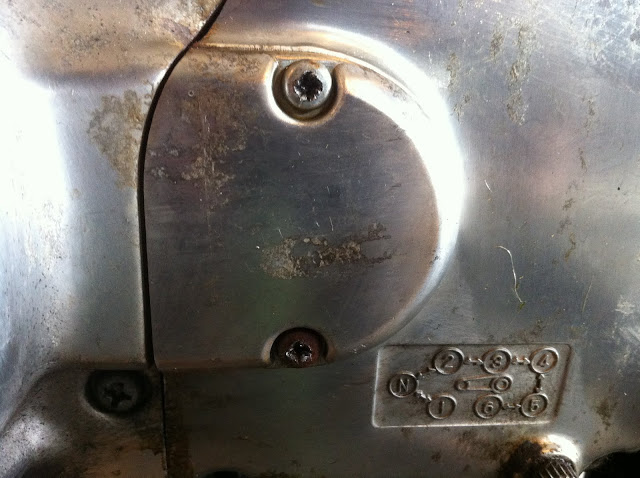 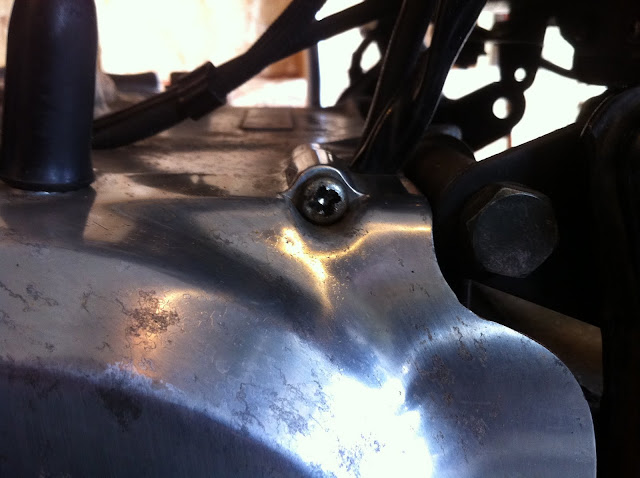 So I decided to drill out the heads and get them out later by either using a vise grips on the remainder of the bolt or an ez-out if there wasn't enough left to get a hold of.  A couple of things; firstly always wear safety glasses when you are doing stuff like this, I broke two drill bits in this process and any one of those could have sent something flying into my eye.  Secondly Start with a large enough bit that it doesn't get caught in the remainder of the Phillips' "cross," thus breaking your drill bits!  Once I got the heads drilled out I found a disgusting mess inside the cover and engine case area. 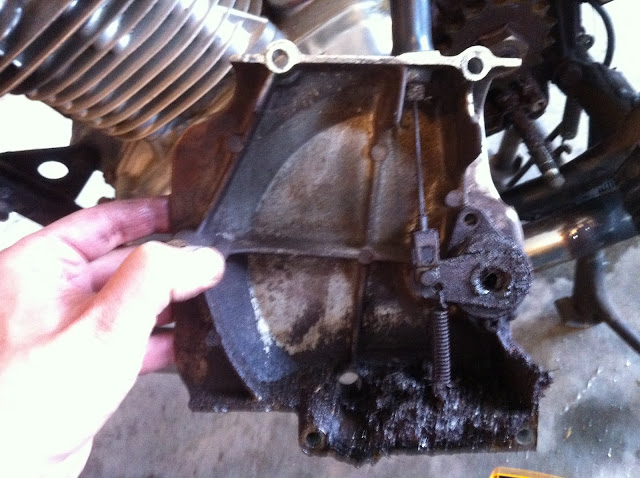 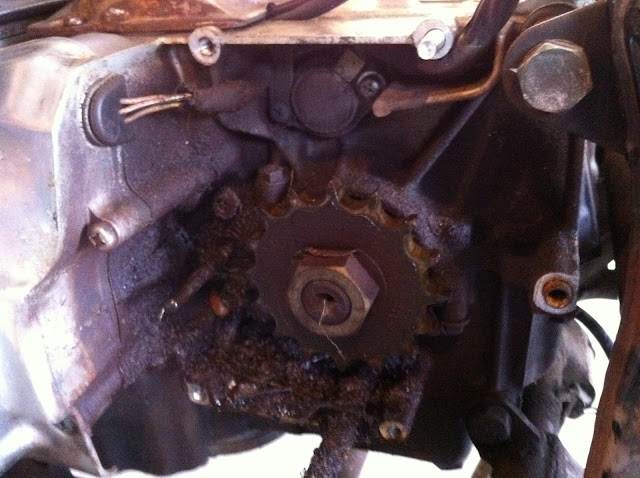 I had intended to proceed with the extraction of the bolts but I managed to pinch my fingertip in a Vise-grip pliers and that was signal enough that is was time to take a break for the day!

Up for the next post I put the drive sprocket mess on the back burner with the carbs and stay focused on getting the front inner tube changed and the new handlebars mounted.  And I make a video this time of the tube changing process!

Stay tuned I should have that posted tomorrow, and thanks for reading!