Oldbike: First Ride on the GS 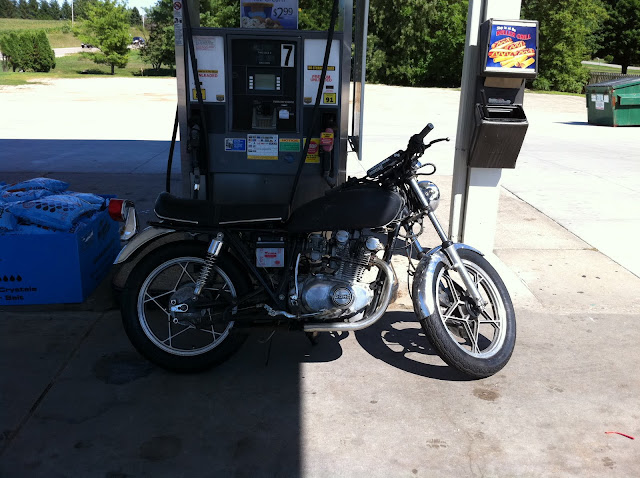 One of my best friends got married on Saturday, a great couple, a great day and a great party.  Even through the post alcoholic haze from the night before I was able to get some work done on the bike this Sunday.  Mostly in the form of getting the stuck EZ-out out of the counter shaft sprocket cover and then getting the bike back together and taking it for a short shakedown ride.

First, I tried to drill around the EZ-out fastener managing to break two 1/16” drill bits in the process finally I just chiseled out the aluminum to a point where The EZ-out and the fastener came out.  I might still have enough “meat” left in the non-chiseled portion to put a longer threaded fastener in to drill and tap for a longer fastener. 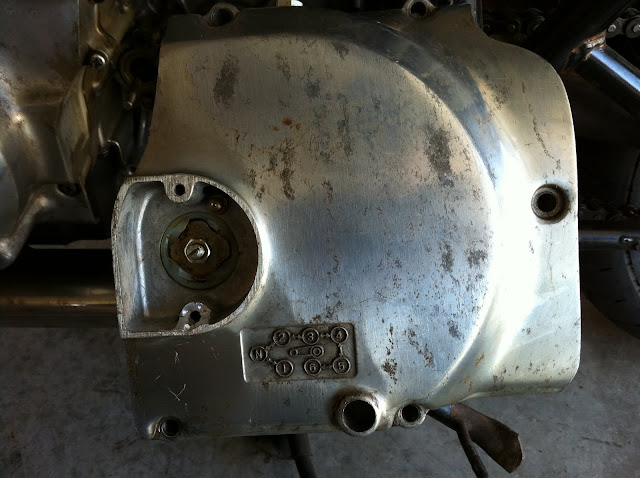 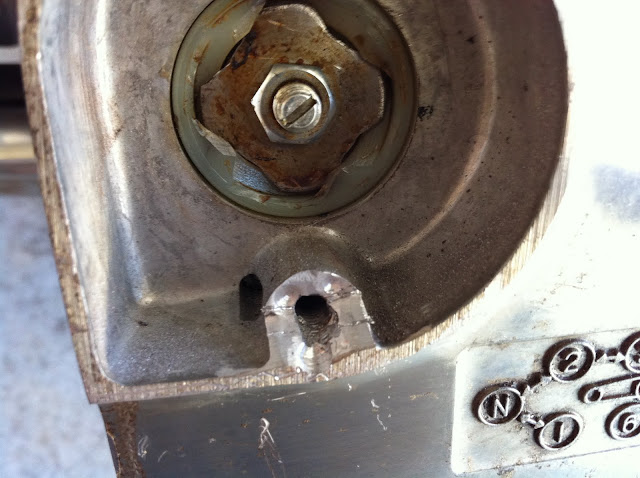 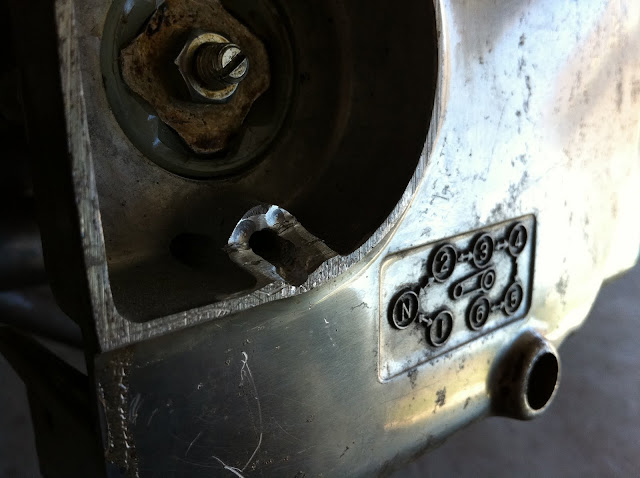 On the opposite side of the cover is the mechanism that depresses the clutch rod. 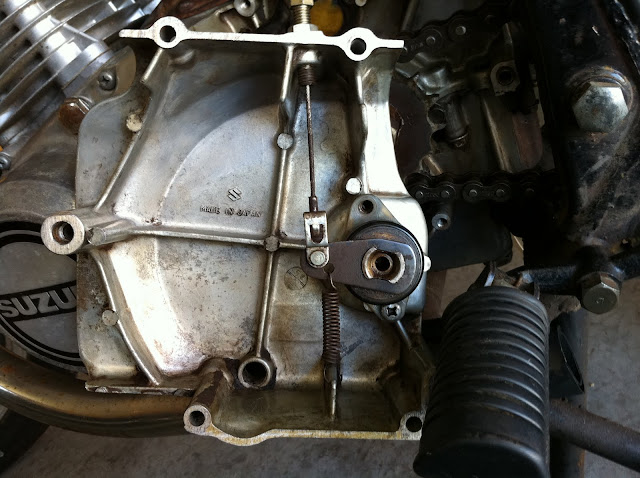 Once that was back in I had the bike in together enough of a stat that I shakedown ride was possible.  Keeping in mind that the bike isn’t titled yet I took it for a ¾ mile run to the gas station.  Some issues arose once I the bike got up to temp it had some issues maintaining idle speed on the way back and would die if I didn’t give it a little extra gas.  I am going to have to look into getting new carb boots and spacer gaskets to make sure that there are no air leaks on the intake side.  Also with the stock jetting it is probably running lean without the mufflers, not to mention that the thing is too effing loud!  All things that I will need to address but it was still good to get it on the road! 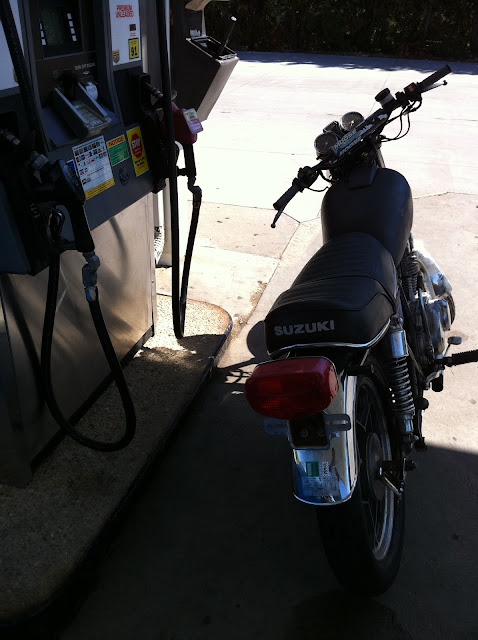 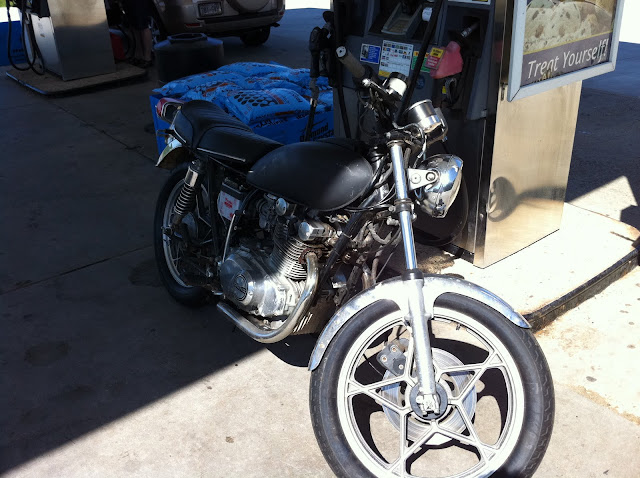