Oldbike: Making Amends for Past Transgressions 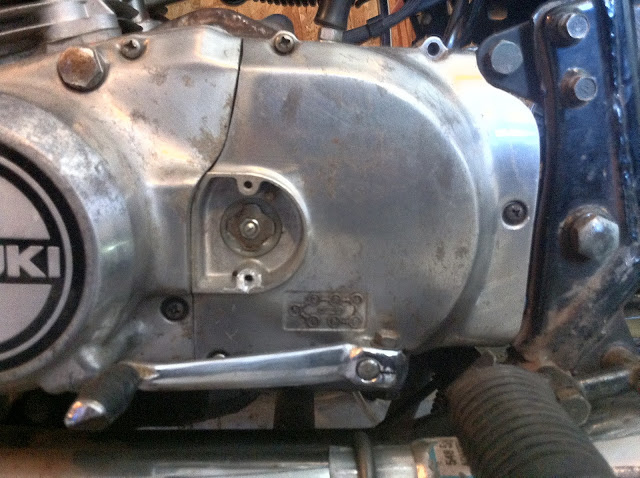 You may have noticed that since the first ride on the bike that the little cover that hides the one side of the clutch “release screw” and a small grease-nipple has been off in all the pictures since.  This was the result of a long battle with some Phillips-head screws that ended up being stripped out.  In attemptingto take off the drive sprocket cover to clean behind it I boogered up three Phillips-head screws and ended up having to drill them out to get the cover off.  Then when I was taking trying to use and ez-out to get one of the remaining bolts that had held on the small cover out of the drive sprocket cover I endedup snapping the ez-out. 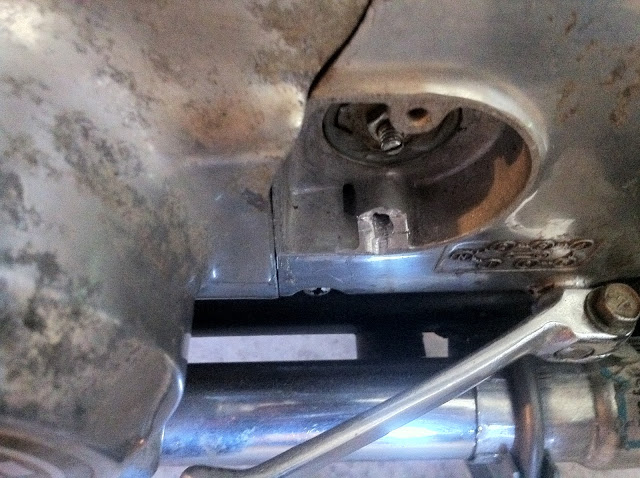 Finally I ended up chiseling the surrounding aluminum from around the bolt to get it out.  Talk about a headache! 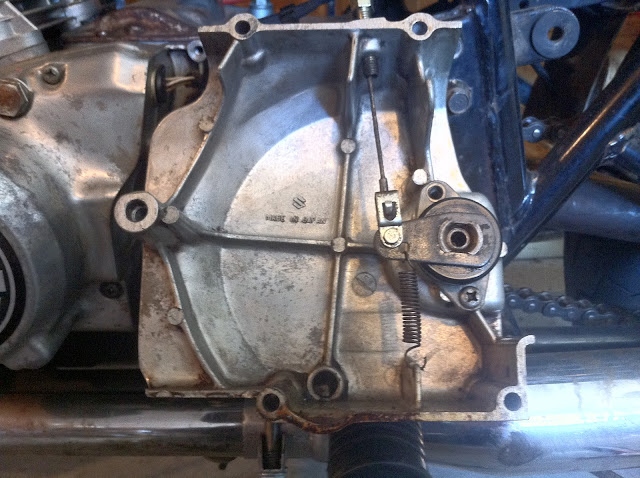 Yesterday I finally made it all better.  I started by removing the drive sprocket cover again. 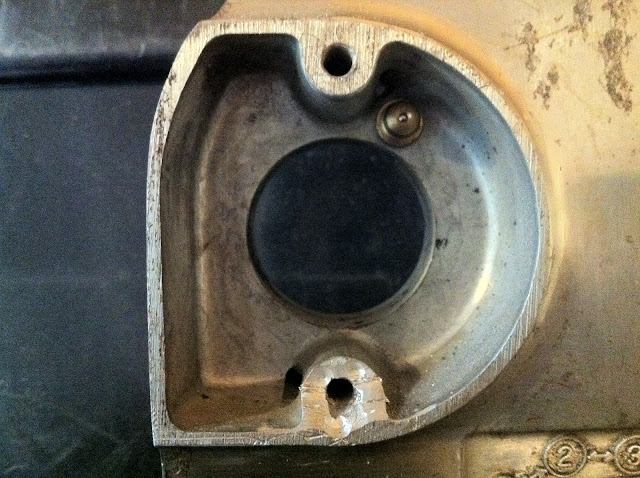 You can see that current state that the drive sprocket cover was in.  I stated in an earlier post that I thought that there was enough “meat” left to just tap the hole deeper down and use a longer bolt, that was my plan of action yesterday. 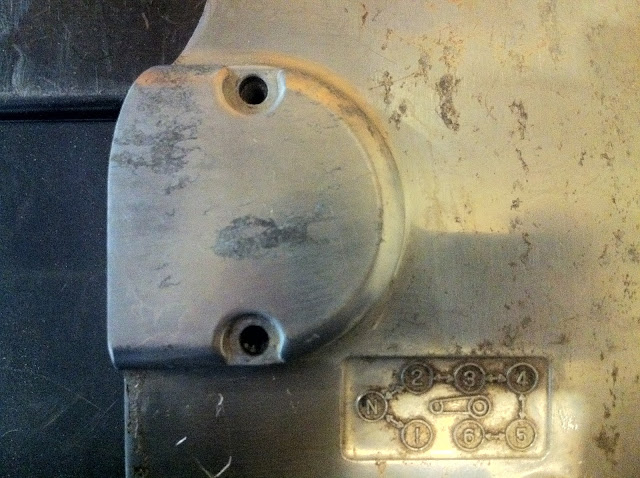 This is just a shot of the drive sprocket cover with the clutch release cover in place. 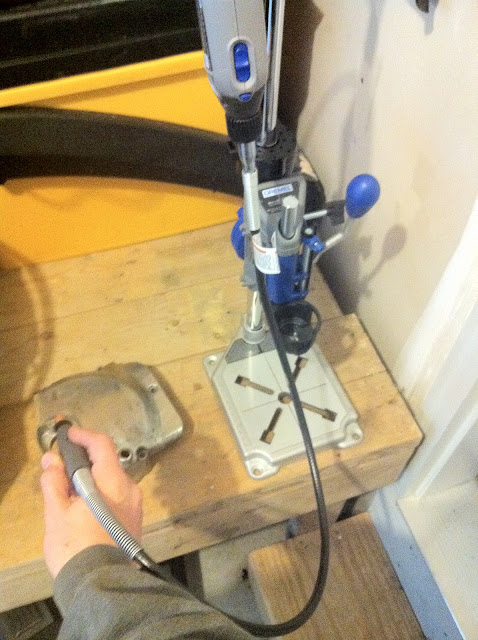 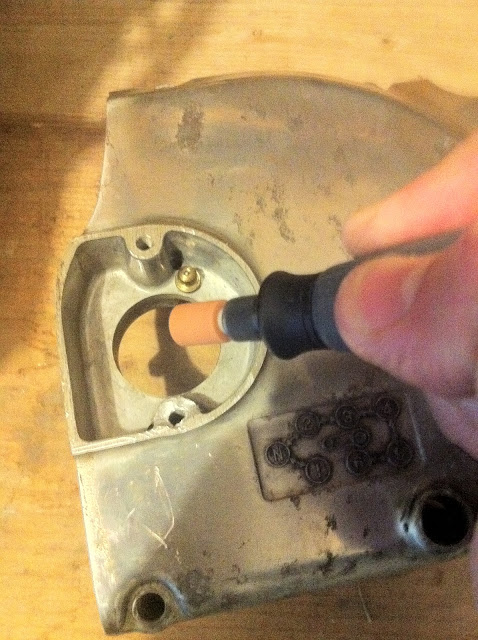 I used my Dremel with it’s flex-shaft attachment to clean up the area where I chiseled out the aluminum. 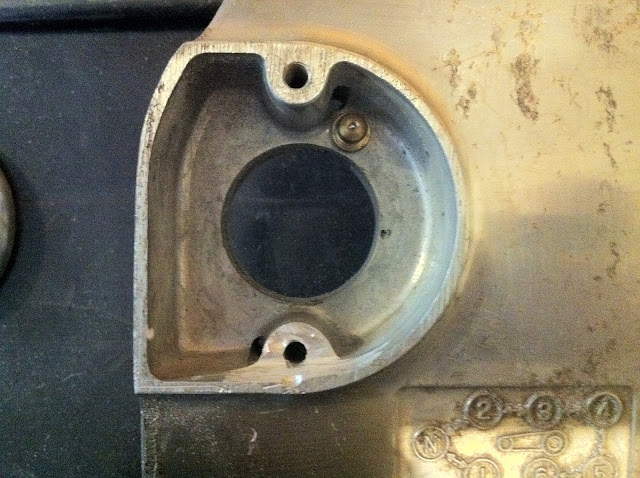 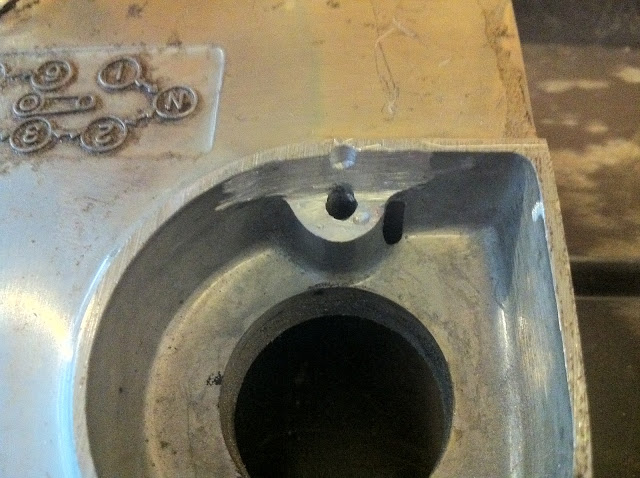 That’s about as clean as I could get it without sacrificing valuable material, so there are a few spots where you can see remaining divots from my attempts to drill around the stuck bolt and ez-out. 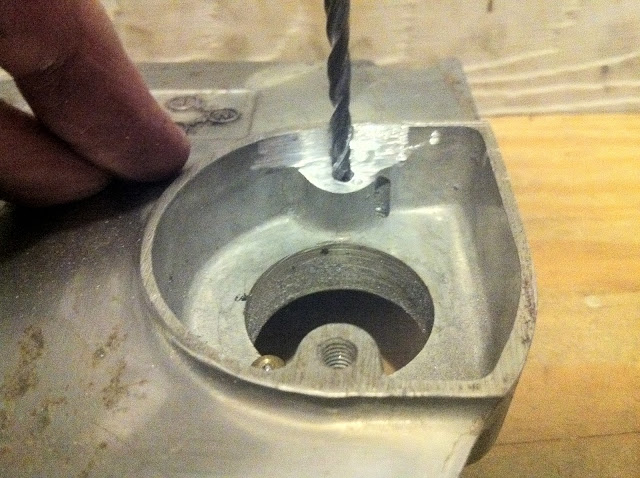 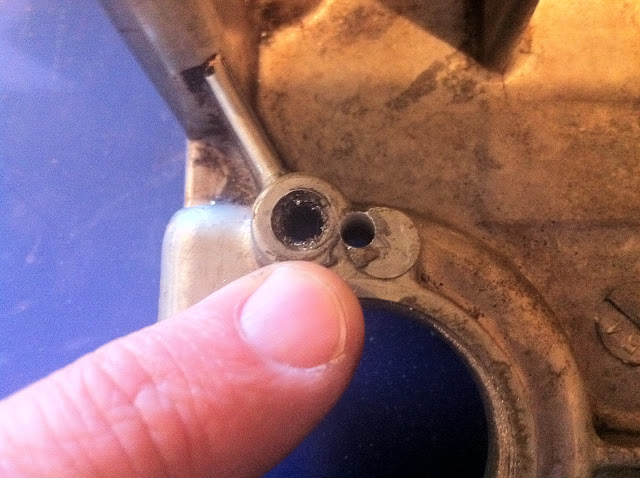 Looking at the back side of the cover it didn’t look like there was any reason not to drill all the way through the cover to give me some more effective threads after I tap the hole.  You can see in this second picture that it the drilled hole (on the right) is pretty close to the one of the clutch release screw mounting holes I made a note but a bolt that did not go past flush with the surface as it would interfere with the correct mounting of the clutch release screw. 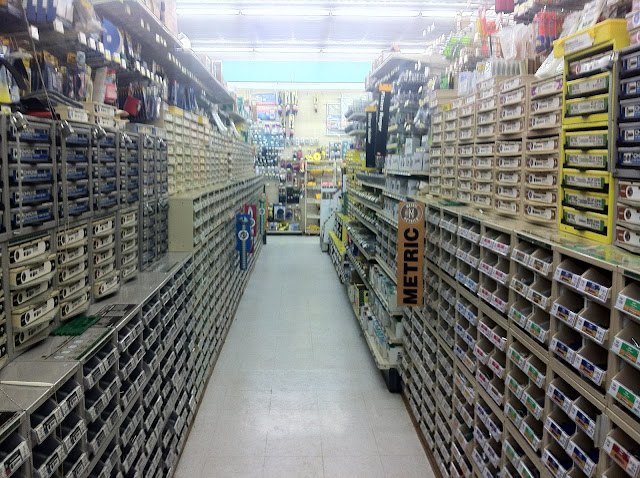 I brought the whole assembly to my favorite (only place in town with a real selection of metric fasteners) hardware store Dorn True-Value to find the right ones I need.  This place has everything I could ever need!  Unfortunately as mentioned many times since this is a shoestring budget project, I had to go against my gut inclination to replace all the Phillips-head bolts with socket-head cap screws (which they have a full selection of) and only replaced the missing fasteners with new Phillips-head bolts. 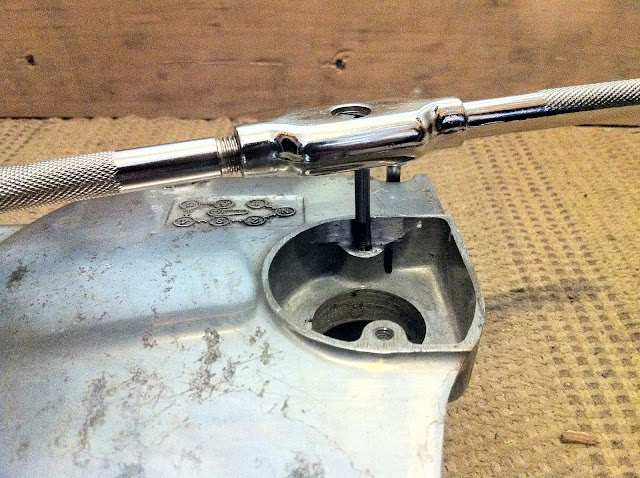 After I knew for sure what bolts I had (M5 X .80) for the small cover I knew what tap I needed to use and was able to tap the hole.  The ones that hold the drive sprocket cover on are M6 bolts of varying lengths. 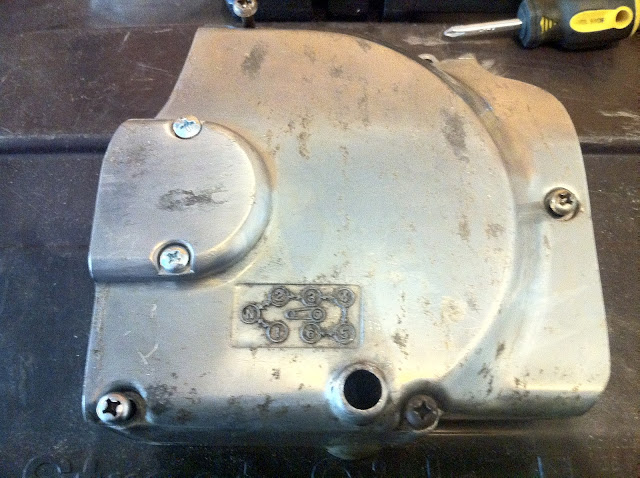 I took a wire wheel on the Dremel to the heads of the old screws but you can still tell which ones are the brand new ones. 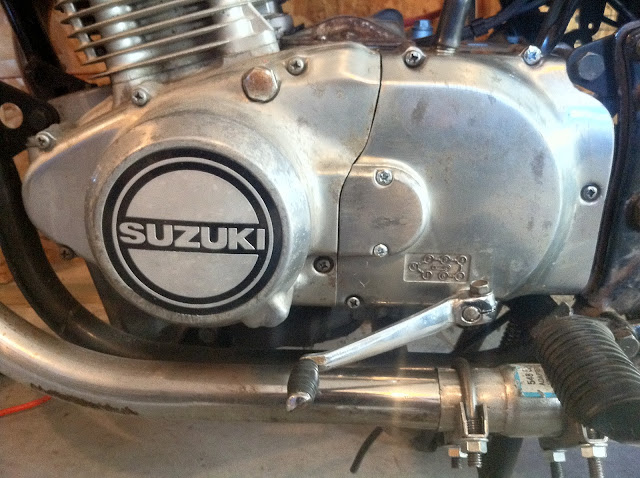 And here it is back on the bike again!  It is a little detail and I have the feeling that I could have ridden the bike without the little cover indefinitely but it does feel good to have to fixed the mess I made.  I guess you could call it closure.
I think the next step that I am going to work on is testing the compression on the cylinders, replacing all the old fuel lines and vacuum synching the carbs.  That will be next week some time please check back for that update and thanks for reading!
Posted by juanbook at 17:40