Oldbike: An Oil Change and an Interesting Development 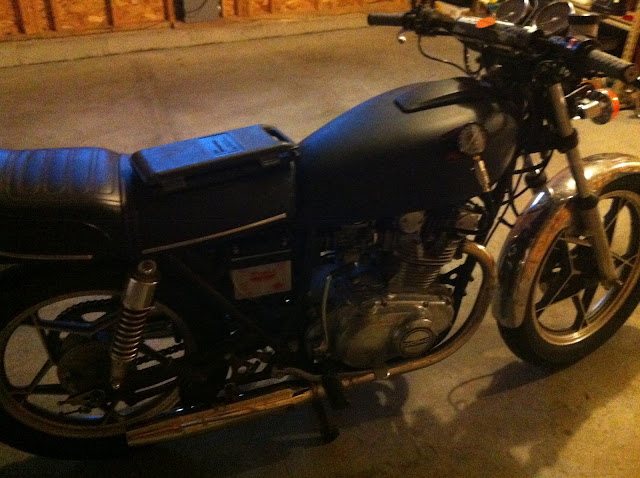 After my first successful ride away from the house I turned my attention back to maintenance.  First on the list would be an oil change. I picked up a Hiflofiltro HF133 filter and some Mobil Delvac 1300 Super SAE 15-W40 motor oil for Oldbike. 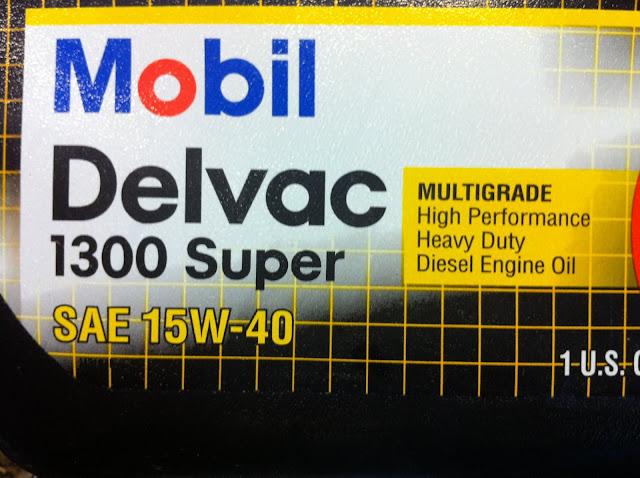 At this point I can't even remember the details of the forum discussion that brought about my particular motor oil choice, it was a long time ago but I seem to recall that the decision was based on the motor Delvac having the highest zinc content.  None-the-less I have been using it in my 2002 SV650s (Newbike) for years without issue and it is around $13 for a gallon which is a good price. 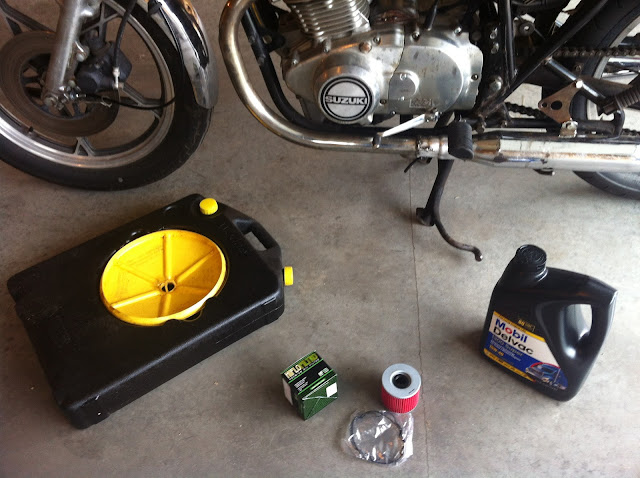 When I pulled the drain plug and the oil started coming out I noticed a distinct gasoline odor, which is not normal (more on this in a later update) I made a mental note of this and proceeded with the oil change. After the draining from the plug I loosened the oil filter cover and let the oil drain from there as well and removed the oil filter and cover.

The filter was about as dirty as expected with the same gasoline odor. the inside of the lid didn't have any metal deposites or gunk that would indicate any issues, the gasket was pretty much pressed flush with the lid so it was a good thing that the filter came with a replacement rubber gasket. 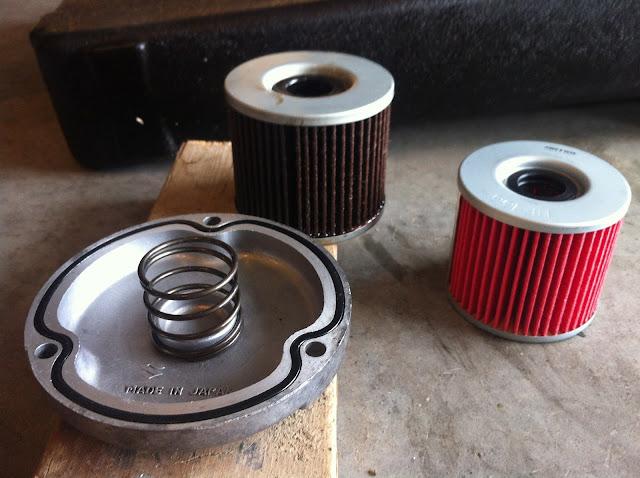 After I re-installed the (new) filter and gasket back in the engine and made sure the drain plug was re-installed (very important), I added the new motor oil. The Clymer manual stated that 3 quarts would be enough for an oil change with a new filter I found that it was closer to 3.5 to get the oil to the full line in the site glass.

Here comes the interesting part; when I started the bike to get the oil circulating I noticed that the right muffler had white smoke coming out of it! That was certainly a new development!  So I let the bike warm up hoping it would go away but it didn't go away so I took the video, shown below, to document the issue.

My first thought was that the piston rings were bad and that having fully filled the crankcase with oil was allowing some of the oil to sneak past the rings and burn up. So I decided that I should check the compression on the bike.

I went to the local O'Reilly Auto Parts to see if they had a tester I could rent.  I was also hoping that they had the equipment necessary to do a leak-down test too.  They had the compression tester but not the leak down tester.  The rental fee is $40 but you get it all back when you return the tool, a pretty nice deal! 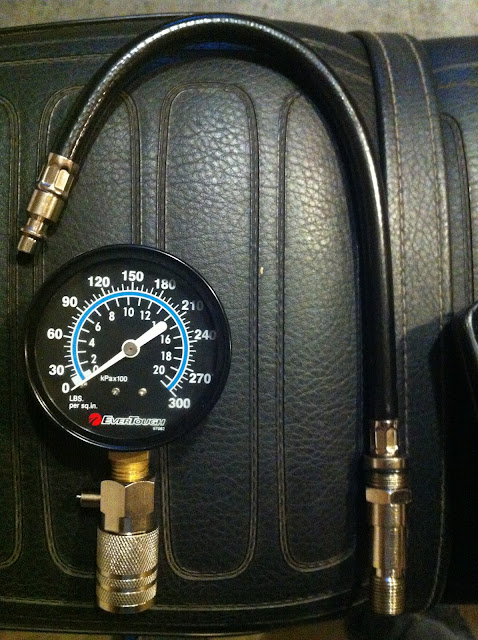 To do the test basically you run the bike until it is warm.  While I was doing this the thing was still smoking. After it was warm I pulled the spark plug wires and remove the right plug and replaced it with the threaded end of the tester and snugged it up. Then I put the gauge on the other end using the connector similar to that on an air compressor hose. 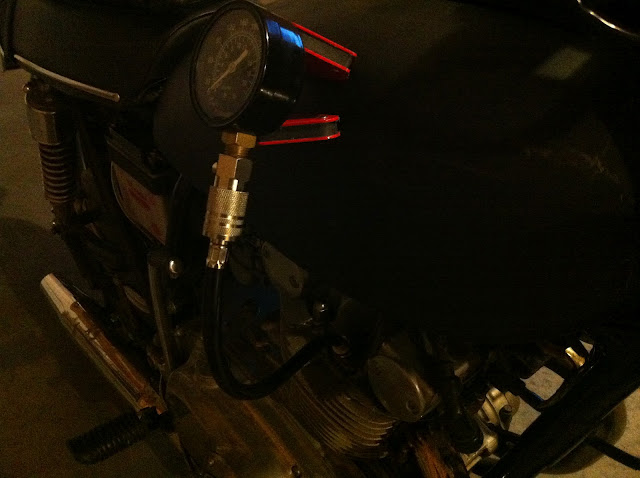 Once that is done you thumb the starter switch to turn over the engine and until the gauge hits it's peak, and record the number.  Then you release the pressure with the valve below the gauge.


My Left cylinder was 100psi and the right was 110psi the rule of thumb is that they should be within 10-15 lbs of each other I need to do some asking around to see what the lower acceptable limit is for the bike though but those numbers seemed acceptable to me so I figured I'd have to look elsewhere for the cause of the smoke.  I still would like to do a leaks own test to see how well the cylinder holds it's pressure and for how long, if I can find the equipment to do that it will be the next thing on the list to do.

Check back for an update soon, I have a few to crank out and this is the first installment.
Posted by juanbook at 20:34