Oldbike: The GS Heals Itself then Pisses Itself 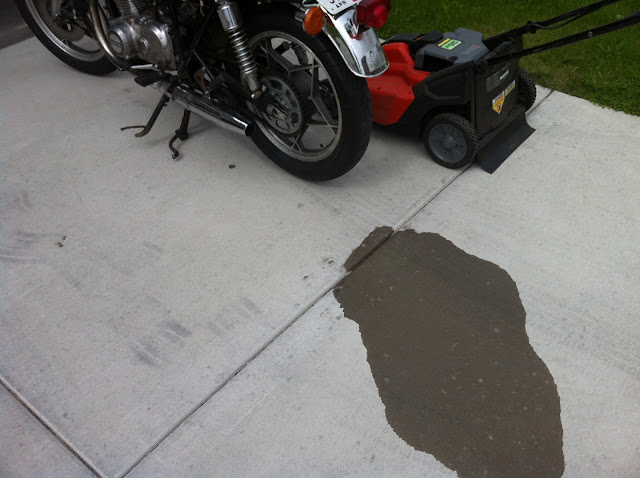 In the last update I had found that there was white smoke coming from the right exhaust and found that the left cylinder’s compression was 100psi and the right was 110psi after doing some looking through my Clymer manual I found that page 48’s Table 48 listed the “Compression Specifications” for my bike.  For the GS400 and 425s the standard is 130psi-184psi with the service limit being 100psi.  That basically means that the motor needs a rebuild.  I am hoping that I will be able to ride it through the season and then tear into the engine this coming winter.
Having said that, after doing some research online I found some suggestions that said that taking the bike for a ride and running it relatively hard might solve the issue.  I figured it couldn’t hurt so I took the bike to the gas station to fill it up and then put about 5 miles on it running it at higher RPMs.
When I got back the smoke was gone, and it hasn’t returned yet.


After taking the video I left the bike to sit in the driveway on its side-stand and started to mow the lawn and when I came back to the bike I found a bunch of gas had leaked out of the left carburetor and I could see it still leaking out of the overflow tube.  I quickly tipped the bike up and put it on the center stand and that seemed to stop the leaking.  The next morning I rode Oldbike into work and it sat all day without leaking anything.  Definitely another thing to investigate so stay tuned for the follow-ups. 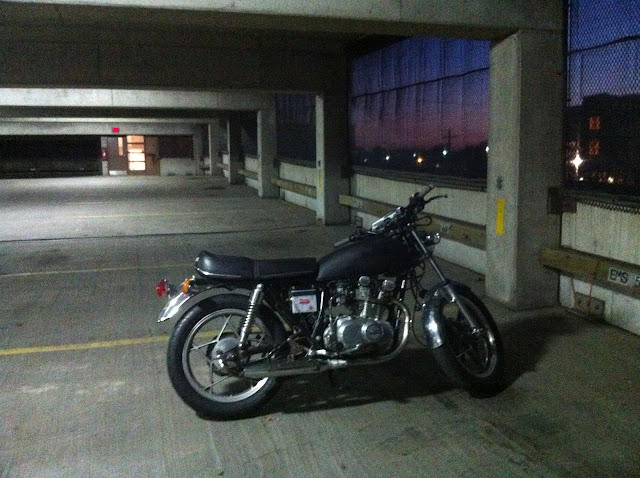