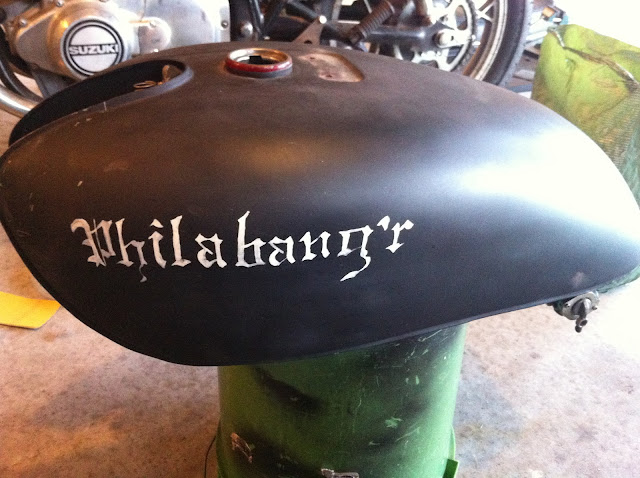 One of the most random things about Oldbike from the very start was the writing on the left hand side (only) of the tank.  I should have asked the previous owner what the heck it met but honestly I didn’t put much thought into it until so many people asked me what the deal was with “Philabang’r?”  I had no idea and over the last (almost) two years it kind of became something of a likable quirk about the bike.  When I was thinking about what to do next with the bike (for the most part I have just been riding it as of late) now that it is reliable, I put some cosmetic things on the docket this time.  There were some suggestions to get keep the “Philabang’r” maybe in a new font or so far as to preserve the original and clear coat over it in it’s original form.  I liked that idea in a kitschy way but in the end thinking about down the road when this project meets it end and it’s time to sell Oldbike it that it might be a turn off.  So it had to go! 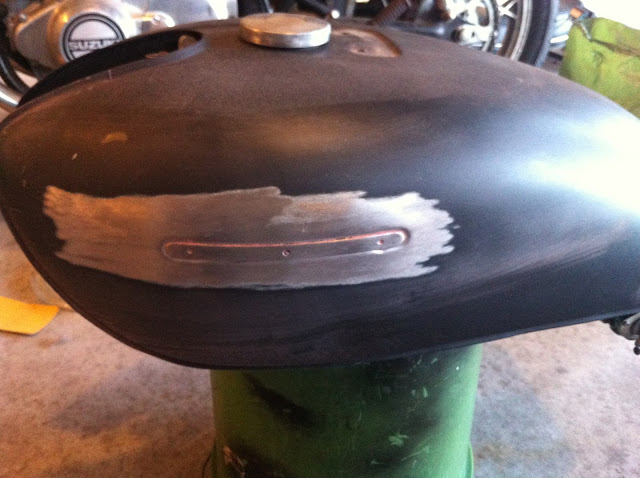 I used a wire wheel and some 4-1/2” Perfromax rust and paint removers on my drill to take the paint off the tank.  You can see (above) the Suzuki emblems mounting points that were “Bondo-ed” over.  To whomever did the bodywork on the tank the fill work on the mounting points did a good job.  I was surprised to find them under there! 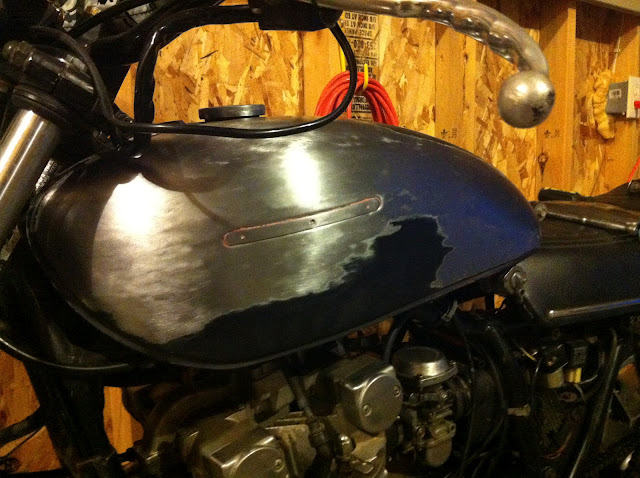 It wasn’t a one night job getting the paint off the tank I would do as much as I could stomach each night and then applied 3 in 1 oil onto the bare metal so that it wouldn’t rust. 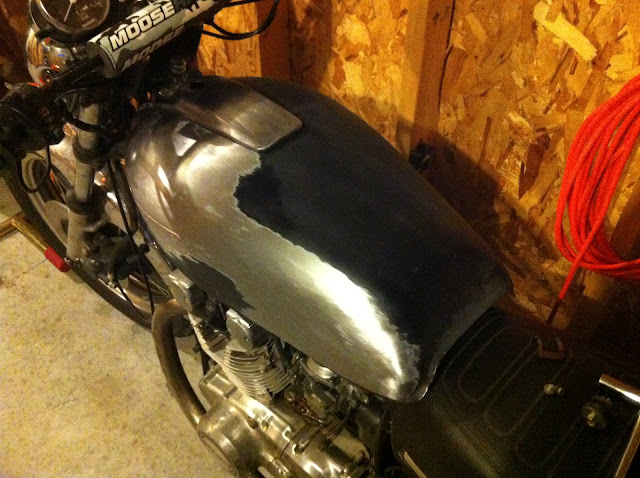 I also must mention, MAKE SURE THAT YOU TAKE ALL THE GAS OUT OF THE TANK AND THAT IT IS PORPERLY AIRED OUT SO THAT THERE ARE NO GAS FUMES.  The wire wheel on the bare metal can make sparks and that around gas or gas fumes can cause explosions.    Some people may say that I should have used chemical paint removers but I have never had good luck with those and the mess that they create. 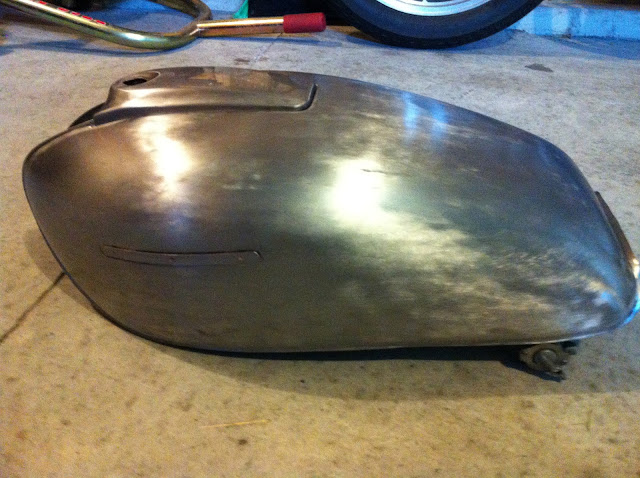 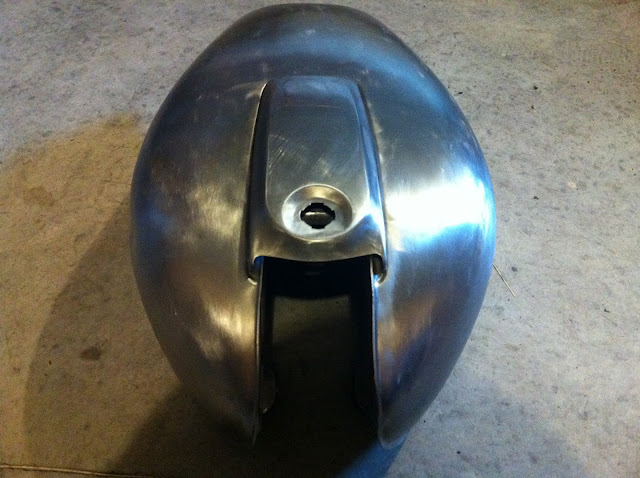 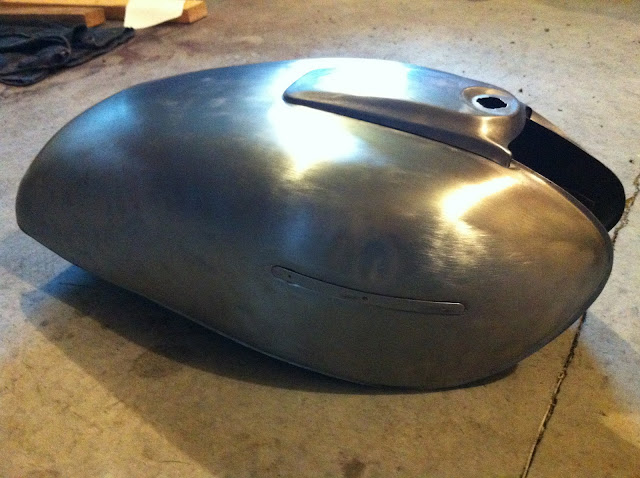 Once I got the paint off the tank it dawned on me that maybe I don’t need to paint it at all why not just go clear coat on bare metal?  There are some dings in the tank (it is 30+ years old) and the methods I used to get the paint off were going to make polishing the tank to a mirror finish not a possibility (at least in my skill set).   So I decided that I would so some polishing but not to a mirror finish.


Below you can see my first coat being applied on the tank it looked great but I put it on too thick and there were a few runs. 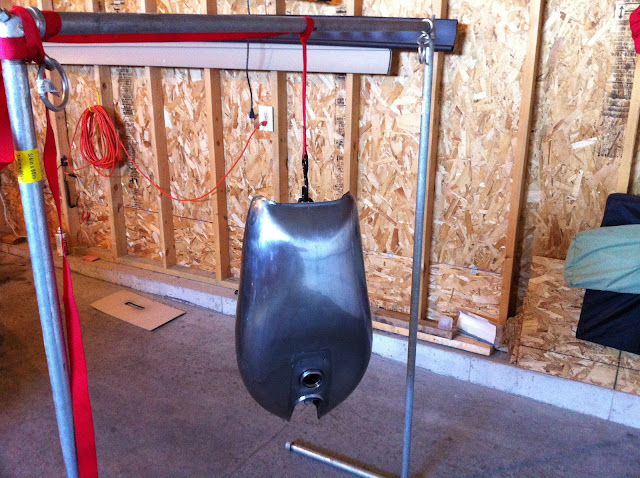 It was to a point where I could almost see myself in the tank. 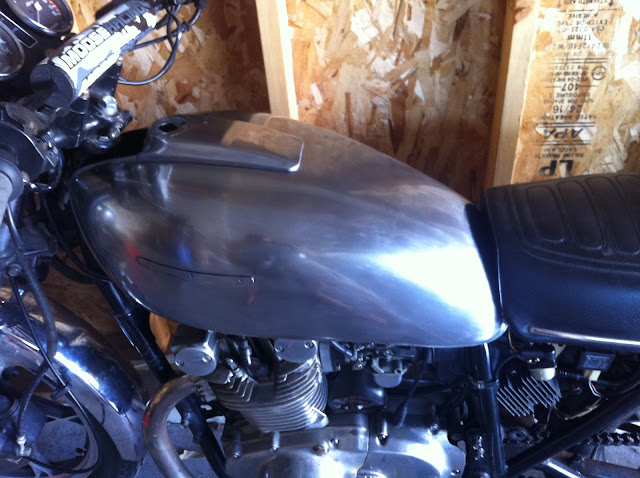 Unfortunately when I was wet sanding the runs in the clear coat I burned through and had to take it all off and start over.  And while I smoothed it even more with the wet sandpaper the second time the finish ended up being more satin. 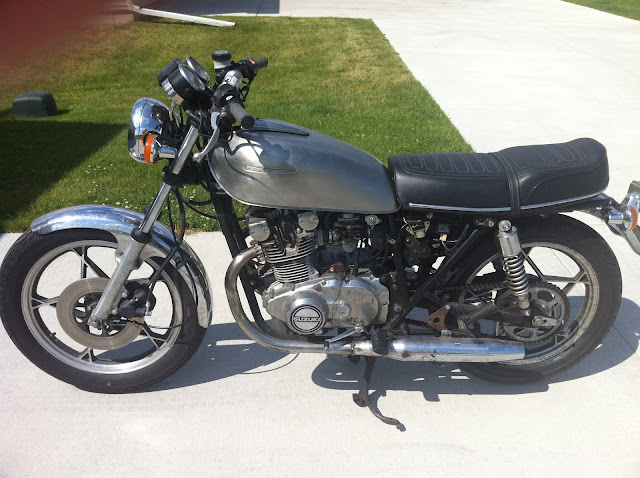 I actually like it better I have 5 coats of clear on it now and I think it is a huge improvement over the “Philabang’r.” 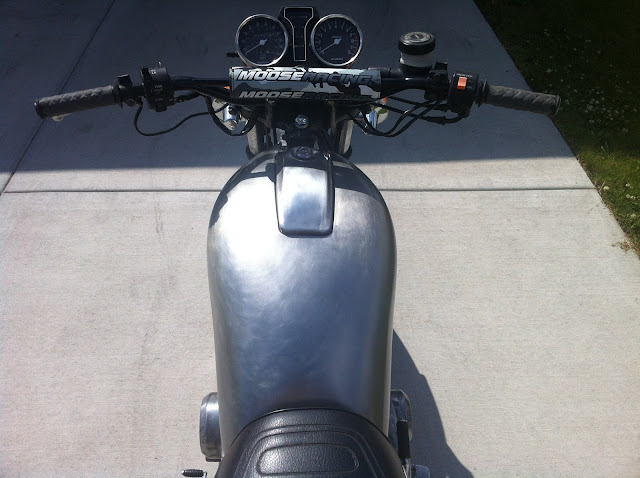 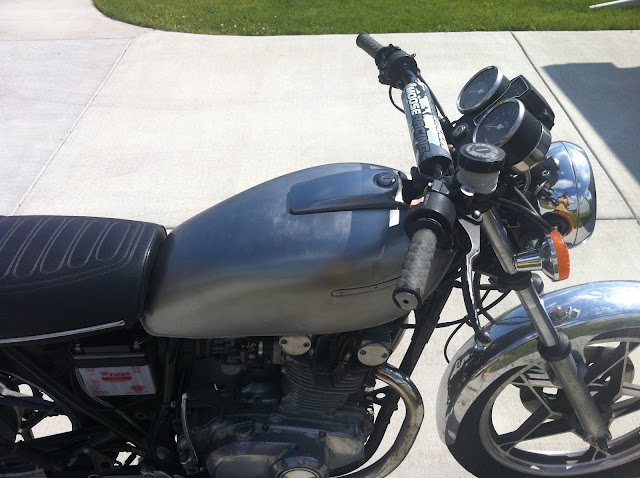 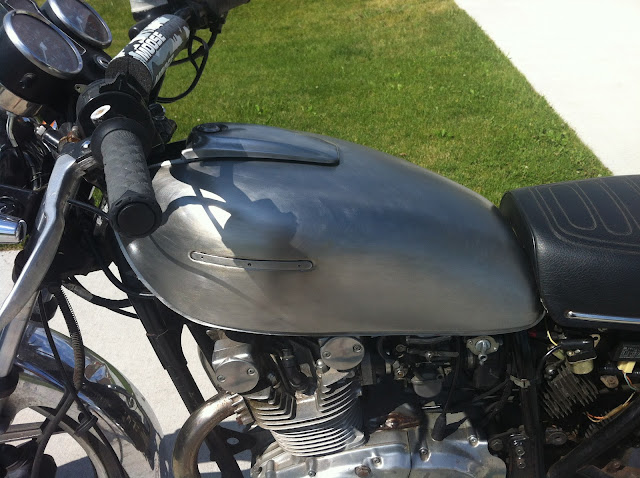 Of course, as one thing gets done another issue arises.  I noticed a small leak where the shift shaft comes out of the case that will need to be addressed soon.  It is a VERY slow leak and depending on the amount of work to do I may end up monitoring the oil level and making repairs when the riding season is over.  Stay tuned for the next installment coming soon and as always, thanks for reading!