With Only A Motorcycle: Initiate Solo-moto!

Two good things happened today. I finished my first week at my new job without finding anything that makes me regret my decision and my FZ arrived early! 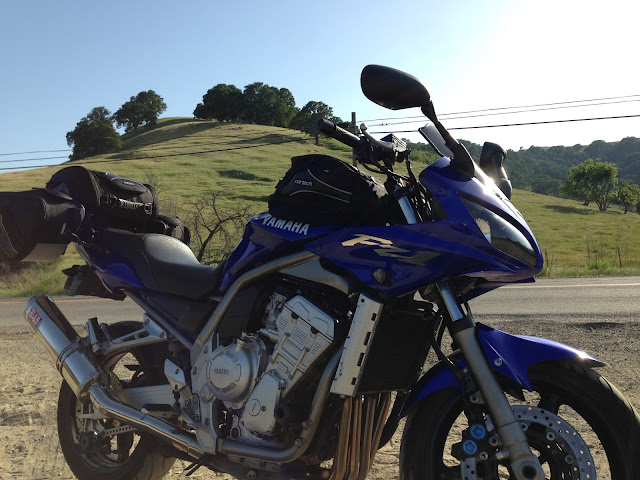 The first day of work was an New Employee Orientation Workshop that was held at Pacific Gas and Electric's training facility; the San Ramon Valley Conference Center.  In... You guessed it... San Ramon.

I will say this; if you think that people aren't hiring and you don't know where to find a job or you're looking for something new check PG&E's job openings on their website!  They are definitely hiring and they do an orientation every week and they are full!  But Juan, I'm not an electrician.  Think of it this way, PG&E is like a mini city if they hire for everything from custodians to engineers to linemen to lawyers to system operators.  There is likely something that you can do at this company and the benefits are good.  Okay, sidebar over.

The orientation was informative and they do a good job of keeping 8 hours of company info interesting.  I left at the end of the day feeling even better with my decision to move to across the country to join their team.  The next day was more or less getting settled in, I had some issues with passwords and getting access to the online training modules so I spent most of the day getting to know my co-workers and the login issues were resolved by the end of the day.  Wednesday I took CPR and first responder training so now I know what to do in a number of emergency situations.  Should I end up on a group ride (which I don't do much of anymore) and someone goes down I now have a much larger toolkit of skills to draw on if they are hurt.  Of course the training wasn't done for that it was to benefit PG&E and protect their employees while they are on the job.  It's entirely possible that I might need them in the control center but as a motorcyclist the probability is much higher that I will end up needing the skills on the road.  Thursday was more training in the morning and the latter half of the day shadowing my new co-workers and getting to know them.  All guys all under 35 and while they are very professional in the office I have the sneaking suspicion that if should the proper liquids be ingested it could be a pretty fun crew on a night out as well.  Today I toured the Pittsburg Substation and observed some crewmen switching out a pair of series capacitors on the 230KV system and then toured the Pittsburg Converter Station at one end of the Trans Bay Cable a very neat one of a kind underwater high voltage direct current (HVDC) cable that supplies San Francisco an alternate route for power (since it is on a peninsula).  I thought that was really cool but I get kind of nerdy around high voltage equipment.  After that we had lunch at the New Mecca Cafe which has amazing, authentic Mexican cuisine.  I was so stuffed from the lunch that I haven't eaten anything else and I still feel full at 2100! 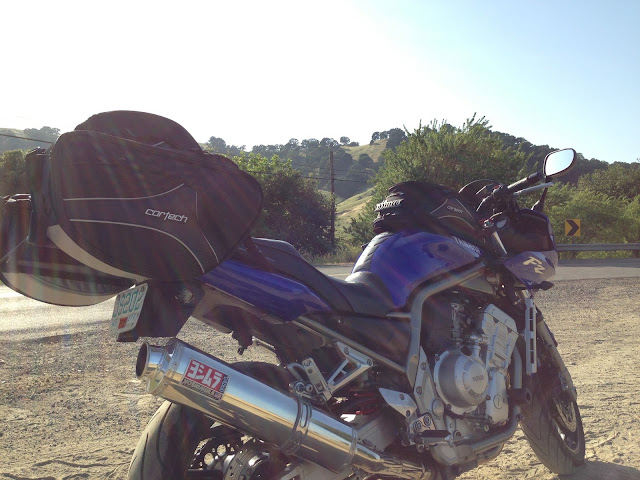 On the way home came the best news of the day the bike was going to arrive this afternoon!  I was very surprised because they had told me the delivery window was from 4-29 to 5-3 but I'll take two days early.  I took the rental back to the shop and I was officially cage-free at 1600 today!  The bike came, we checked everything out and all was as it was when we left the guys even let me keep the "canyon-dancer-like" straps that they used on the front forks to strap the bike down so bonus there! I took the bike to the gas station and filled the tank since I had to take it down to 1/8 of a tank before shipping.  On first startup it fired just as it did when I rode it around to the truck to be loaded in Madison so that was one concern allayed.  If anyone can give me advice on the proper way to fuel up a motorcycle in California I would sure appreciate.  For some reason I like to see where the fuel level is at as I fill the tank so I had to push back the rubber sheath on the nozzle or it wouldn't fill and it is a pain in the ass.  Do motorcyclists in California really just shove the nozzle in and wait for it to click off? 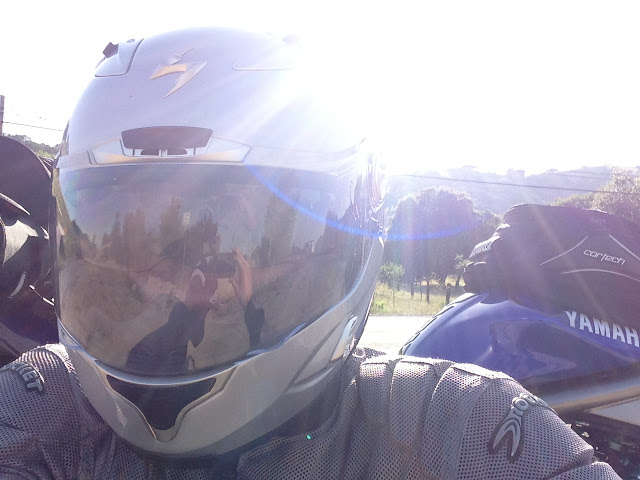 After that I took the bike for a little ride around town and the outskirts of Vacaville.  I had originally planned on sticking my iPhone in the clear portion of the tank bad and looking at the GPS and having a single ear bud in (per California regulations) to listen to the audio instructions.  But I decided that would be too much of a distraction so I use my standard issue iPhone 5 ear bud in my left ear since that is the side with the volume control and the mic in it do I can adjust the volume of the audio cues for in-town and highway riding and I just let the right one dangle inside my jacket.  It seems to be working well thus far. 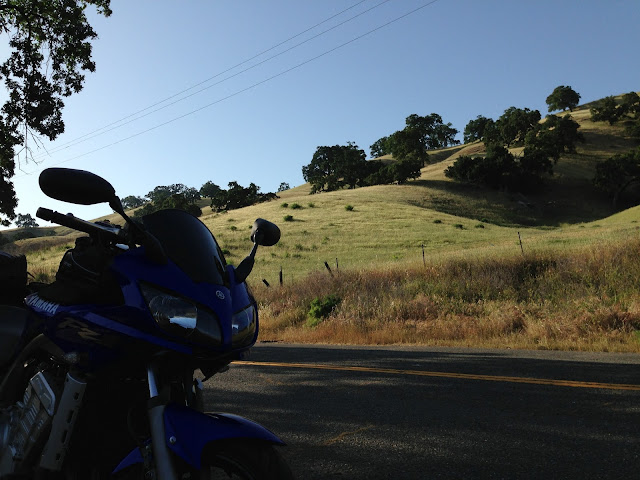 So here I am on a Friday, sitting at a Starbucks, I'm not a "Starbucks Guy" but I have a bunch of gift cards for here from family.  The cruel joke is that I forgot them so I had to pay with my own money which I’d rather give to a local café, coffee shop.  Oh well I have yet to find one I like here in Vacaville anyhow.  I'm not sure what other solo-moto guys (and gals) do on a Friday night but really I’m unwilling to drink at all and ride so getting drunk at a bar is out.  I knew it was going to be that way though and really it’s not a good idea for me to be going out an drinking when I have no one to call for a ride or for bail money etc… so I'll just leave here, go for a quick cruise around town and polish up this little bit of motoblogging up for you, the viewer while having one or two of the Guinness Black lagers that have in my fridge (I've been meaning to try them).  That paired with the coffee will give me the quick energy to get this out to you by bedtime! 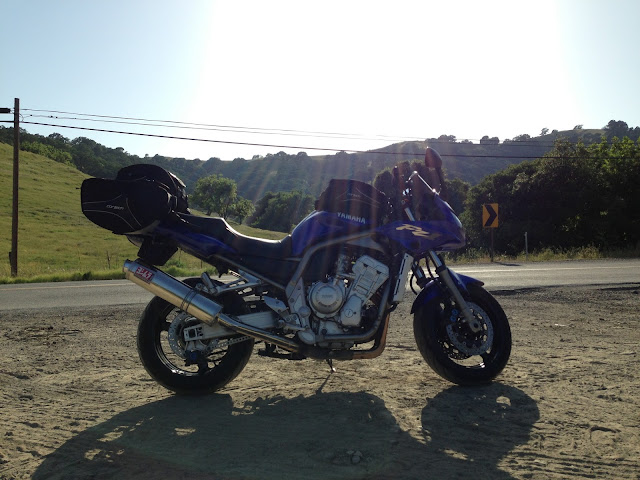 Thanks to everyone for reading!
Posted by juanbook at 22:38