The Cali’ Experience: The Trek West 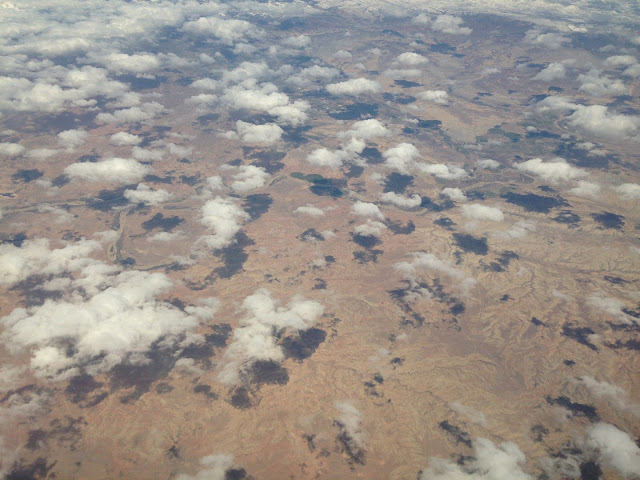 First, let’s have a reality check.  I am under no impression that my trek west could even be considered difficult or arduous when you place it in the grand scheme of the millions of people who have ventured to where the sun sets in search of good fortune.  I could imagine me regaling a member of the Donner Party who also started their trip west from Illinois of my “misfortunes.”  Had everything went to plan the trip would have only taken them 5 months and they would have eaten zero party members!  Never-the-less this blog is about me not them so here is the story of my one day trip to California.

I woke up at 0520 in the morning; ten minutes before I had set my alarm.  I had went to bed before Anne's parents had gotten home, was tired and figured I would need my rest for the day of travel I had hoped that I would have had some time to chat with Anne's parents in the morning but the weather had other plans.  I showered and went downstairs to have a light breakfast.  The basement door was open and I heard a distinct sound of water sloshing around.  FUUUCK!  Anne's parents have long had issues with their basement flooding and in the last five years have been doing all they could do to keep it from re-occurring they sealed the basement, and installed an anti-backflow valve on the basement drain but it turns out this morning that those efforts had failed.  Anne's poor Mom was down in the basement trying to get the important things up off the ground.  The water was about ankle deep.  She had checked the basement around 0400 and things were fine but a lot had happened in the hour and a half since.  Both Anne's Mom and Dad were running around doing their best to keep the water at bay.  I felt like an ass needing a ride to Midway airport at that point but Anne volunteered to help her mother get the important things off the ground while her dad drove me to the airport.

Leaving the house it became clear that all was not well in town.  I had commented the previous day on our drive in to Anne how there seemed to be a lot of standing water in the area and it was much worse now on street away from their house there was water bubbling out from a storm sewer manhole and the rain was still coming down!  I there was talk of street and highway closings, I was afraid that I would not be making my flight.  We made it to the Airport with plenty of time to spare.  My flight was originally scheduled for an 0835 departure and it had been delayed until 0935. 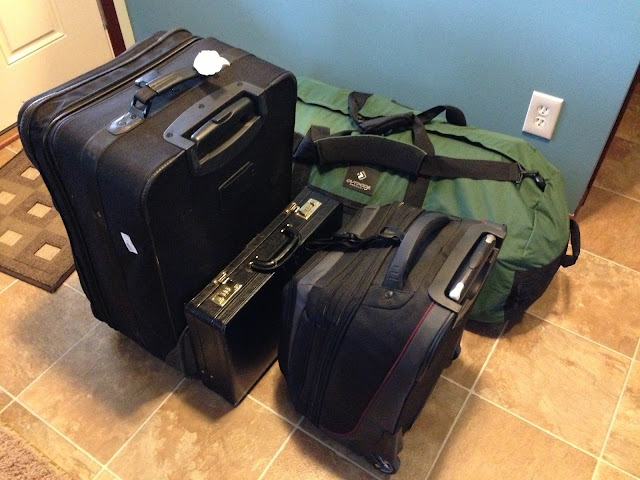 Both of my checked bags were over-weight and I was charged $75 per bag because of it but what are you supposed when you are moving across the country you don't really have a choice; you need what you need!  The big black one must have weighed 70 pounds and the green duffel which had all the riding gear that I listed off in my first post plus a helmet and a Joe Rocket Reactor perforated riding jacket along with everything else that I could stuff in there must have weighed about 100 pounds.  If you can’t tell by the photo the green duffel is the same length from that emblem in the center so it’s huge.  When I walked with it hanging from my shoulder by its shoulder strap I could feel the plastic clips flexing under the weight in a springy manner with each step I took.  I could only pray that it didn’t fail before the trip was over.   The flight was delayed two more times first to 10:30 and again to 11:10 which ended up being the right time.  With boarding and everything I felt the wheels leave the ground during take-off at exactly 11:38:15 central time.  I made a point to look at my watch because that was the moment I officially left the Midwest. 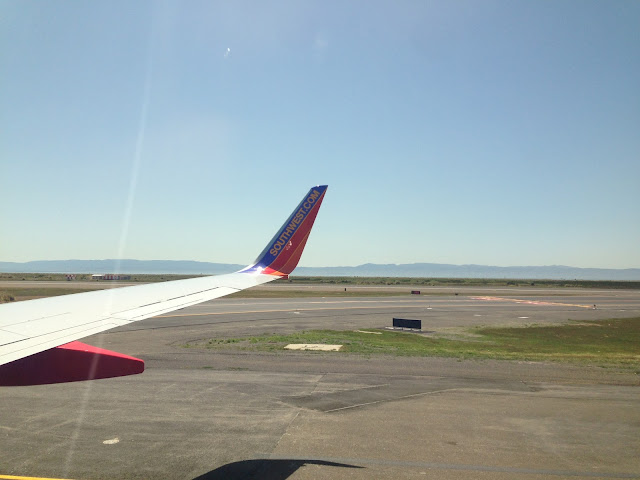 I took extra care to make note of the wheels down time when and by my watch that was 13:38:45 Pacific Time; the flight had taken dam near exactly four hours quite impressive.  The sailing kept getting smoother after that too!  My luggage had arrived at the correct place; I later found that the TSA had inspected my huge green duffel thanks to a little pamphlet inside it.  Things looked exactly as I left it though.  My guess is the guy opened the thing took one look at it and said, “Fuck It” and zipped it back closed.  When I walked out the door of Oakland International Airport and made my way across the first lane of traffic low and behold the shuttle to the car rental station was pulling up at that exact moment and the luck didn’t stop there either. 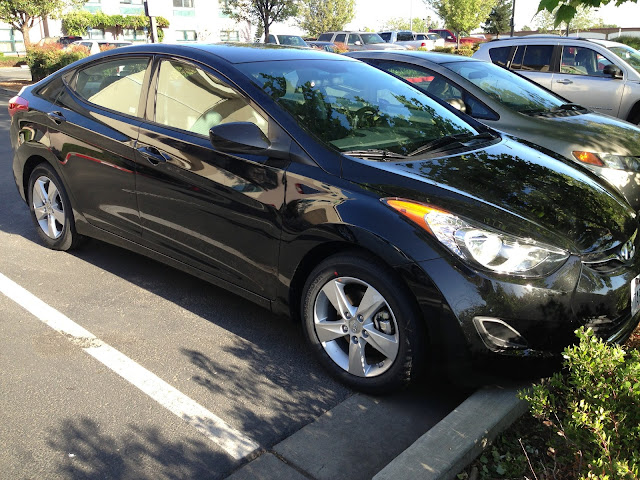 I had reserved a compact car and when I got there they were out of them so I was upgraded to a mid-size for free!  I had a choice of a Dodge Avenger or a Hyundai Elantra.  I have liked the way the last few years of Hyundais have been looking and I hate the way the Avenger looks so I picked the pretty girl. 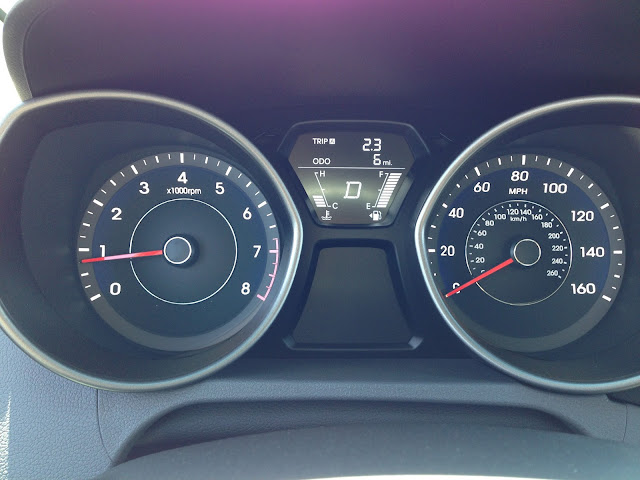 It turns out that the Elantra was brand new just off the truck with only 6 miles on it.  I would find out later after doing some research that the beauty of the car is only skin deep.  It has a god-awful 148 horsepower 1.8 liter I-4 engine that would have sucked in a compact car let alone this mid-sized cage.  I found that out on the first on-ramp.  On the good side though; I made it out of Oakland without getting stuck in rush hour and the ride there was much smoother than my first trip to Vacaville.

I finished the check in at the Extended Stay America and as I walked into my room one plastic clips on my big green duffel gave up the ghost as I hit the kitchen; just enough strength to last the trip! I’ve been running around town and getting settled in for a long stay here (possibly 3 months) but I did take a short video of my new digs and I’ll leave you with that.  That brings you up to speed with everything so far look forward to more lifestyle transition experience type posts until I get the FZ here.