Found Coolness: A Trip Down The Chernobyl Rabbit Hole

Enticed in by promises of HD first time drone footage of Pripyat, the infamous ghost city formerly inhabited by Chernobyl workers and their families I first watched this video.

Which then led me to an article on CBS News 60 Minutes, "Chernobyl: The Catastrophe That Never Ended"

Which then took led me to search Google for "Chernobyl's Elephant's Foot," where I found a link to an article on some blog called Nautilus which had and article entitled "Chernobyl's Hot Mess, "The Elephant's Foot" Is Still Lethal."  Which had some pretty interesting information about how deadly Chernobyl's core actually still is. 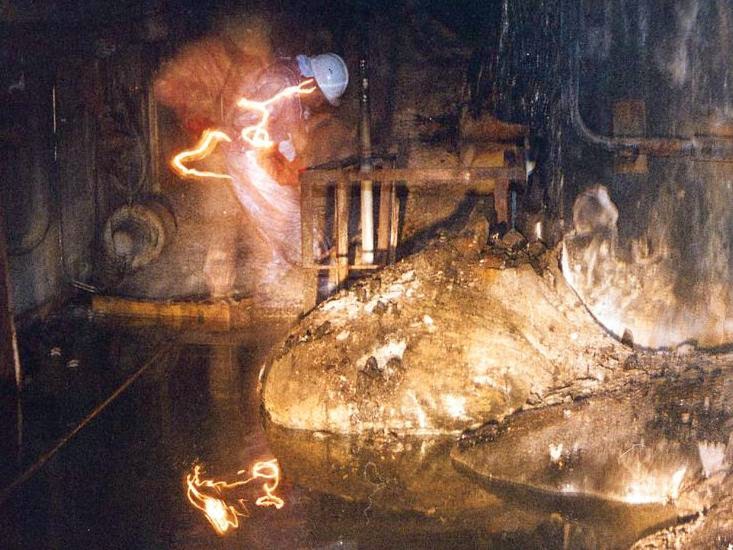 Picture Source: US Department of Energy

Which then led me to a 9 minute video on The Guardian entitled "Novarka: Encasing the unsafe Chernobyl reactor in a huge new arch" which appears to be generated by the "Novarka Consortium," to illustrate the job they are performing to build a new permanent containment facility next to the Chernobyl plant and then push it over the entire plant and seal the reactor inside.  It is quite impressive task though as the previous article points out it is underfunded and behind schedule but you can clearly see the structure in the drone footage in the first video.

I was finally able to find my way out but for some reason I could get lost for hours reading and watching about this disaster.
Posted by juanbook at 21:00