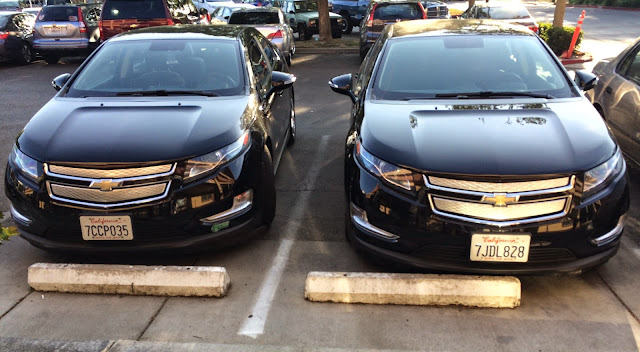 Parked next to another black 2014 Chevy Volt today.  Not sure why but there is a novelty in that for me.  It's probably not that uncommon of an occurrence as GM in an effort to make their window openings seem larger from the outside enforced a black accent panel below the windows no matter what color your volt is. So if you are smart you go with black.  And in general smart people buy Volts so it stands to reason that there are a lot of black one out there!  See how I did that? 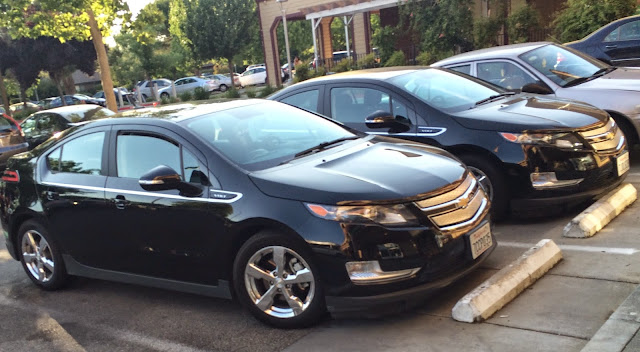 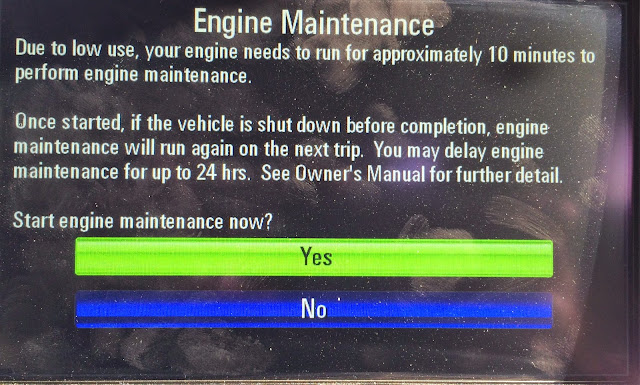 In other Volt news, I went 33 days without using a drop of fuel and the car, in order to make sure that the engine stays lubricated and that they fuel dose not get old (in addition to pulling a vacuum on the gas tank so there is no air to let the gas go stale) basically dictates that you need to run the engine for ten minutes.  It only used 0.03 gallons of fuel to run the engine maintenance mode.  If you are curious to hos much more efficient the Volt is compared to a regular car, my cars computer who wants to be all showy says that I have a lifetime average of 250MPG right now.  That's a little simple as it is looking at only how many gallons of fuel it uses per mile.  I track all sorts of metrics on the car and according to the MPGe formula:

To determine MPGe ratings, the U.S. Environmental Protection Agency (EPA) uses a set amount of electric energy that's equal to the energy contained in 1 gallon of gasoline.  The EPA says one gallon of gas contains 115,000 BTUs of energy--which equates to 33.7 kilowatt-hours.

Using a complicated formula to add in the actual gas used I figured my lifetime MPGe to be 99.61.  Not too bad at all!
Posted by juanbook at 19:00