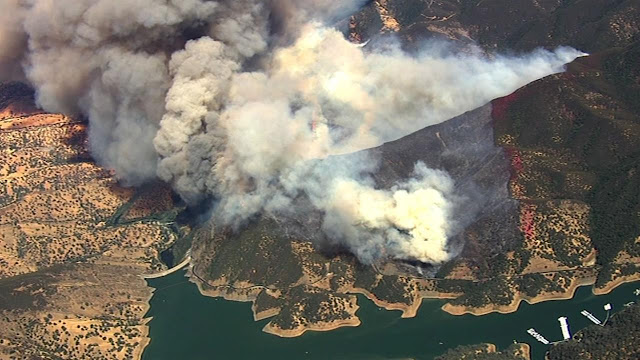 This is the first fire that has been close enough to have any sort of effect on us.  Last night when we were leaving to go downtown to the Davis Farmer's Market Picnic in the Park we could tell that something was not normal, the sky was overcast and the light that was making its way through was an orange-ish sometimes green-ish tinged light.  Anne and I both commented on it and it was overcast enough that I checked the weather to see if there was rain in the forecast. 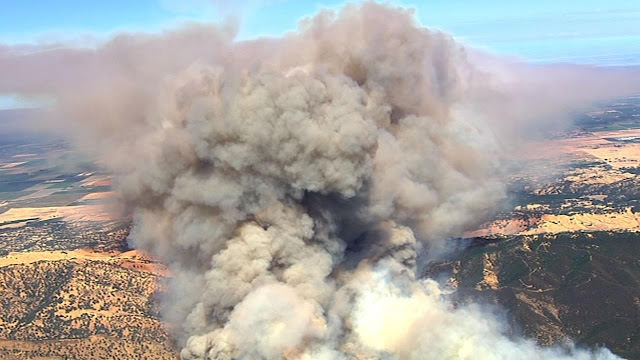 As we drove over Highway I looked back and could see the thick black plume to the west and that it might be a fire but wrote it off as a trick of perspective and that perhaps the plume was really just clouds stretching to the horizon rather than smoke emanating from the ground. 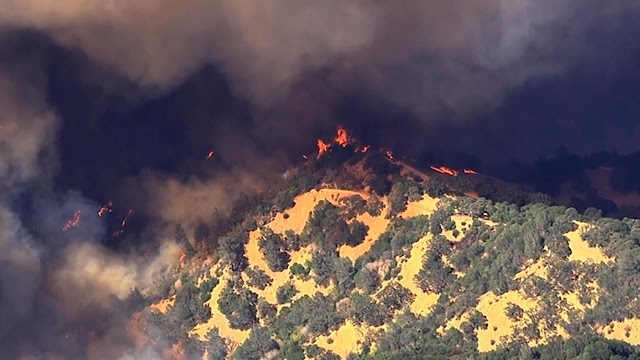 It was just hard to believe that there could actually be so much cloud cover from a fire, having never experienced such a thing, but in conversation with some other Davis locals they confirmed that there was a fire started by a car accident on Highway 128 near Lake Berryessa and tha tit was around 300 acres (now at 6000 as of the time I am writing this). 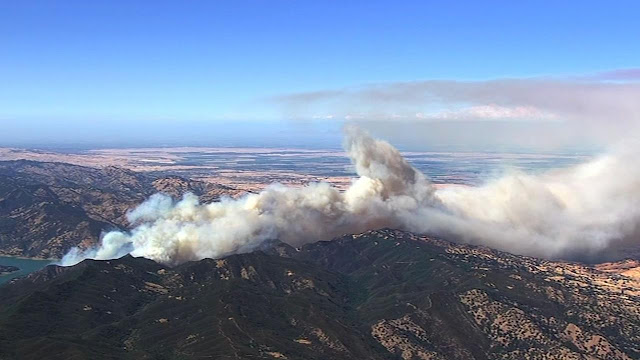 By the time we left the farmers market there were small flecks of ash falling from the sky like a very slow snowfall it was somewhat surreal. 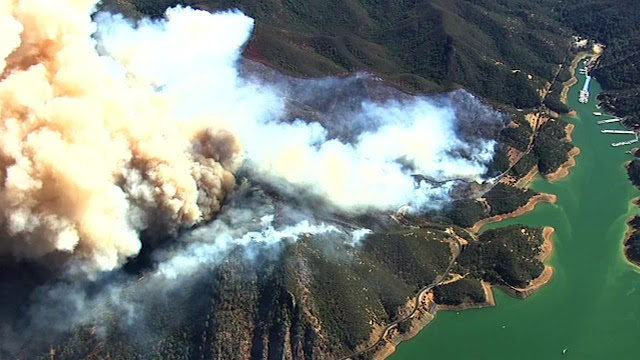 It's really too bad the area that is burning is one of the few areas that I have actually been through a few times on my motorcycle and it is truly scenic.  Like all things it will rebound but it will take time. 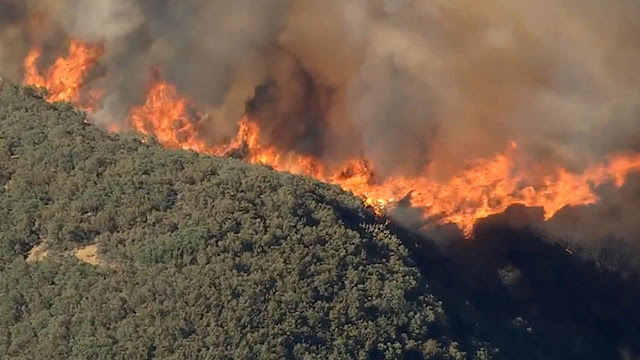 With the drought conditions we have going on right now it was really a matter of time, luckily so far no one has been hurt and there has only been one out-building lost. 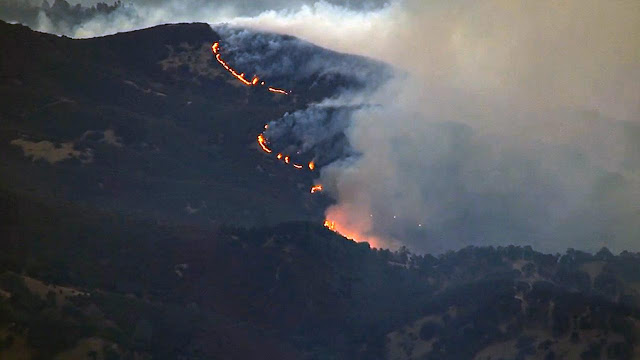 You can read more about the fire and see some video on ABC 7 New's Website they are also the gracious providers (albeit unbeknownst to them) of these aerial photos of the fire. 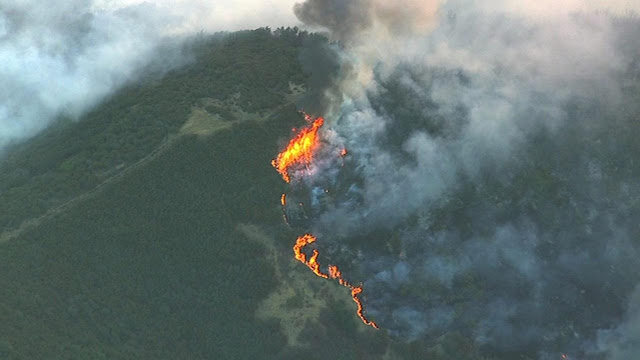 The Cal-fire website has up-to-date info on the blaze.

Below are some pictures of the ash-sprinkled volt I took this morning: 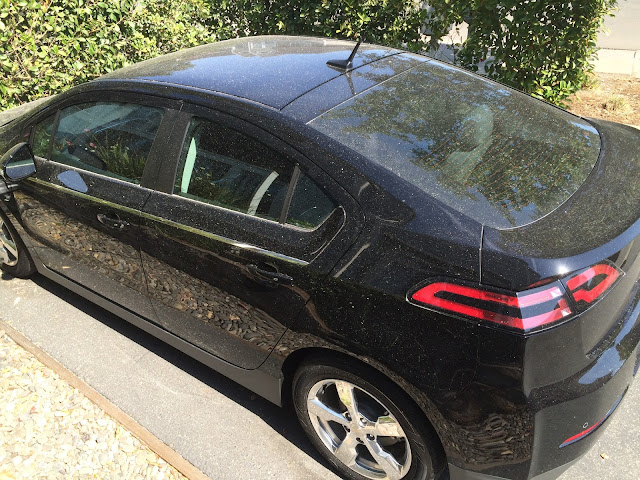 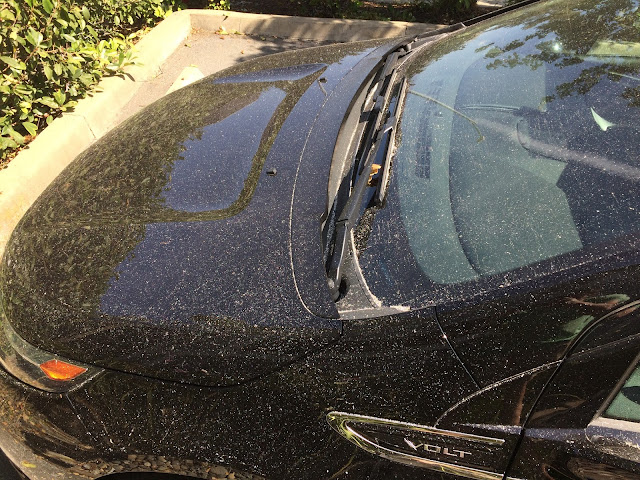 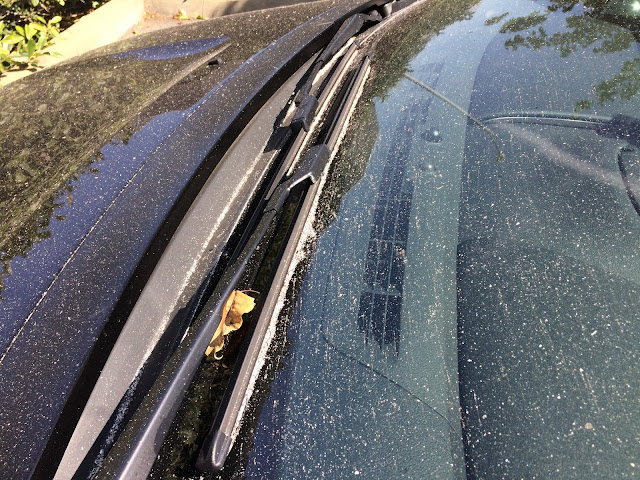 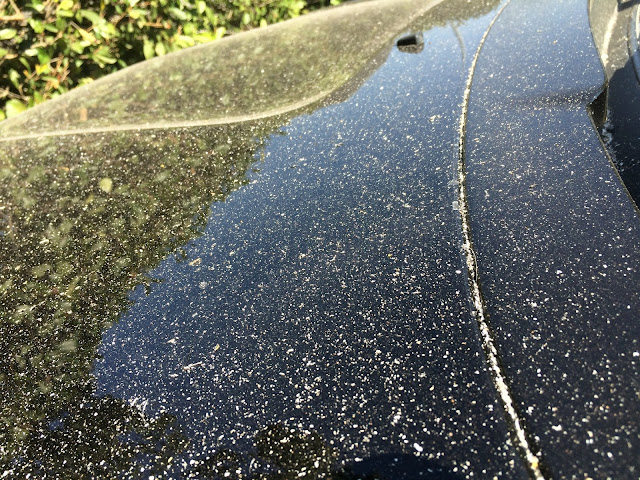