Funny: Bring Back These Old Swears 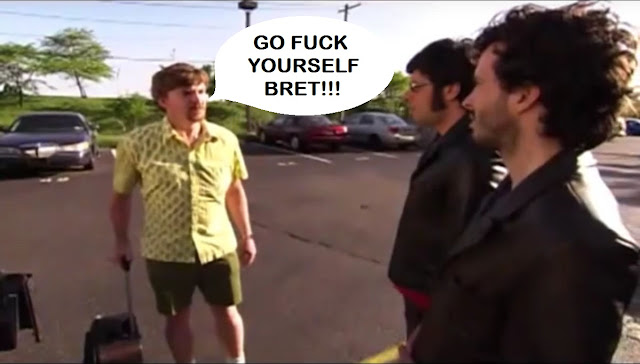 Every once in a while it's good to have a swear word in the chamber that will confuse the target and still give you the satisfaction of giving them what-for.  So rather than be like Murray in the above clip, resurrect one of these gems (originally found on matador network.com) for your next tirade.

21 amazing forgotten curse words we need to bring back

A Victorian word for “penis.”

A British slang word for “cheater,” invented by William Shakespeare himself.

A variant of “God’s hooks,” this old curse dates back as far as the 17th century, even though it sounds like it was invented for a 1940’s Batman comic.

Meaning: “God’s body.” Another way of saying it is “Odd’s Bodikins!”

A Victorian term for a drunkard.

A weirdly specific Victorian word meaning “one whose scrotum is longer than his penis.”

A 17th century variant of “zounds!”, which was an expression of surprise or indignation.

A Victorian word for “idiot.”

A word from the early 20th century meaning “to spray poo upon.”

A Victorian word for oral sex.

This word, which means “braggart,” is Spanish in origin, literally translating as “shitfire.” It was the nickname of a ship captured by the Pirate Sir Francis Drake, who is presumably the braggart referenced by the word.

A variant on “What in tarnation?” which itself was a lightening-up of the word “damnation,” “thunderation” was popular in the United States back in the 1830’s and 40’s. It’s time for it to come back.

A time-waster, and another invention of Shakespeare’s.

One who never works hard.

This word, invented by Tristram Shandy writer Laurence Sterne, was made to refer to a man he met who complained about all of the wonderful places he had traveled to. The word later went on to mean any sort of buzzkill, but I think it should come back for it’s original meaning: whiny travelers.

A medieval word referring to a toothless beggar from a medieval theater comedy.

It’s Medieval, and it’s exactly what it sounds like.

One who overstays their welcome. The term itself comes from the person who stays late and keeps the fire going, even though their host wants them to leave.

An Irish word imported to America which was used as a substitute for “By Jesus!”

Finally: one who swears too much.