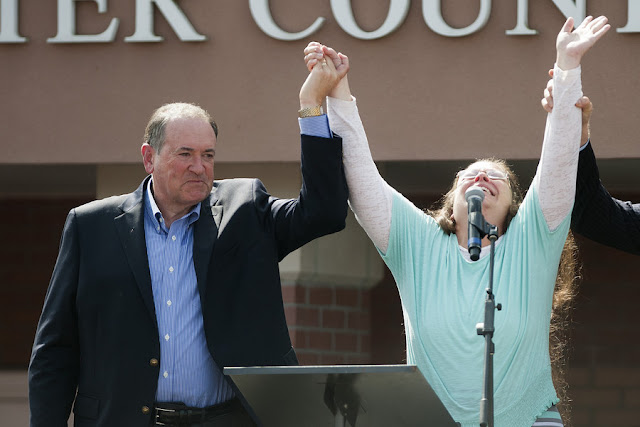 Joe Rogan made a post on his Facebook page about the Kim Davis Rally that took place when she finally agreed to not block Gay coup;es right to get married and was released:

Sometimes I wonder how an alien race would feel about people if they came down here and the first shit they saw was this crazy lady telling a cheering crowd of supporters that God says she doesn't have to marry gay people.

They travel billions of miles through the cosmos and their first contact ever with human beings is this odd, odd scene of this somewhat rotund, bespectacled woman standing on a raised platform, screaming into a voice amplifier that the invisible man who created everything doesn't allow two men to sign a love contract. She says it, and the huge group of people that agree with her let out what seems to be a war cry and smash their hands together in approval.

She informs the crowd, and all the people watching the digitally broadcast feed around the world that their invisible friend has rules.
He created everything from storm clouds to billy goats to subatomic particles - he's all knowing, and all powerful, but he gets really hung up on two dudes sucking on each other's genitals. He hates it. For some reason he REALLY hates it when those two dudes get married. For that, he reserves a special place in the fiery oven at the center of the planet where he will torture them until the end of time itself.

There would probably be that one alien that was encouraging the others to gather more data - that they should consider the entire spectrum of human thinking before they dismiss the species as dangerously insane. Then there would be the alien that thinks like me, who says, "Dude, they have nuclear bombs. Seriously, fuck this place. Let's get out of here before one of these crazy assholes blows us all up because their imaginary friend told them we have the wrong underwear on or something." 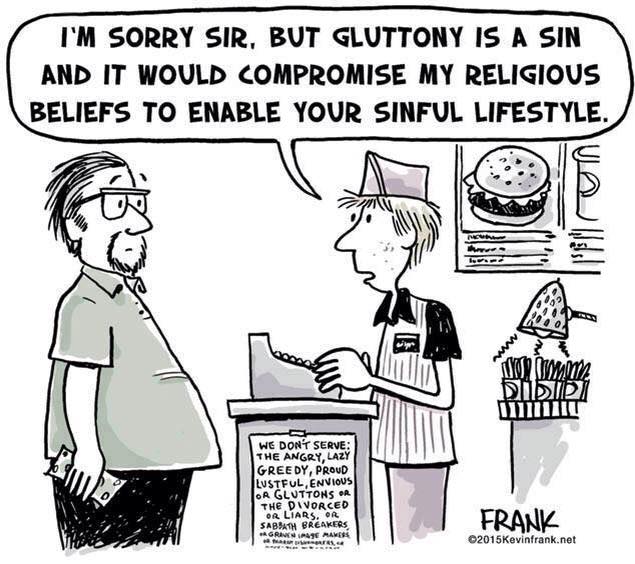