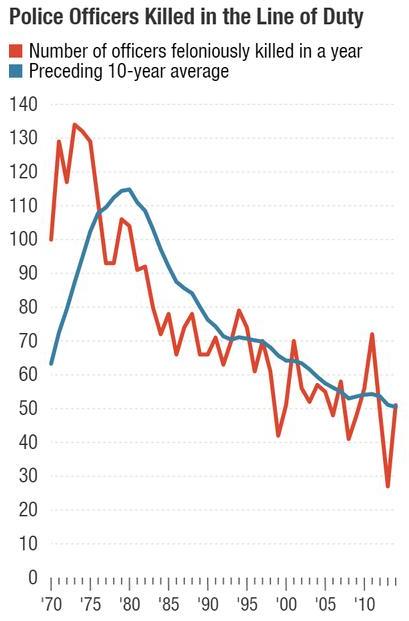 The NPR Article (the source for the graphic at the top): Is There A 'War On Police'? The Statistics Say No has more information on the topic. And The Young Turks break it down in the video below taking into account the adjustment for population.

Many police officers and conservatives believe there there is a war on cops which is being fueled by Black Lives Matter or “social media rhetoric.” It turns out there are actually fewer police deaths than ever before. When adjusted for population, there has NEVER been a safer time to be a police officer. Is it possible that police are just exploiting the deaths of fallen officers in an attempt to demonize Black Lives Matter (and all critics), therefore bolstering the idea that the status quo of police conduct is acceptable? Cenk Uygur, host of the The Young Turks, breaks it down.
Posted by juanbook at 08:30