System Ops: Iceland The Land of the Giants?

These are conceptual designs. As a Transmission System Operator I see some functional issues with this idea. I would Imagine there are engineering ones as well. However it does look cool! 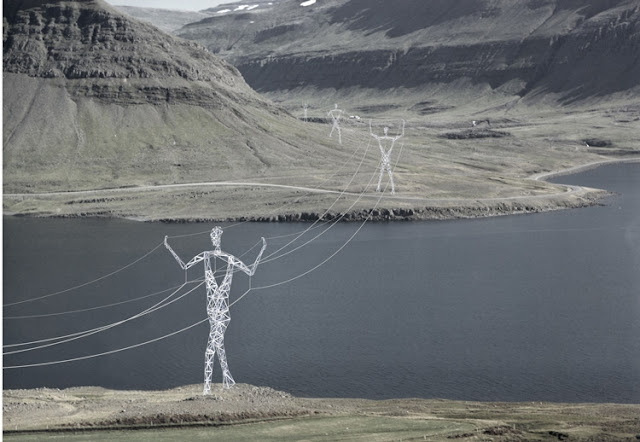 "This design transforms mundane electrical pylons into statues on the Icelandic landscape.

Making only minor alterations to well established steel-framed tower design, we have created a series of towers that are powerful, solemn and variable. These iconic pylon-figures will become monuments in the landscape. Seeing the pylon-figures will become an unforgettable experience, elevating the towers to something more than merely a functional design of necessity." 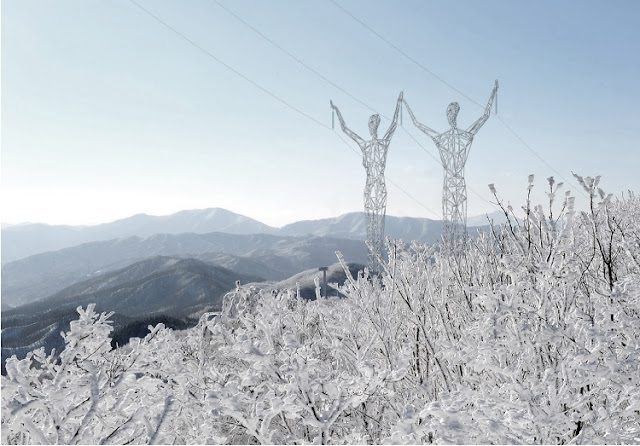 "The pylon-figures can be achieved from the modification of existing lattice towers.

The pylon-figures are designed to provide supports for the conductors, ground wires and other cables all within required clearances. These clearances are maintained in the various shown positions. The towers are largely self-supporting, sitting on concrete footings, perhaps with the addition of guy wires, depending on requirements of the loading wires" 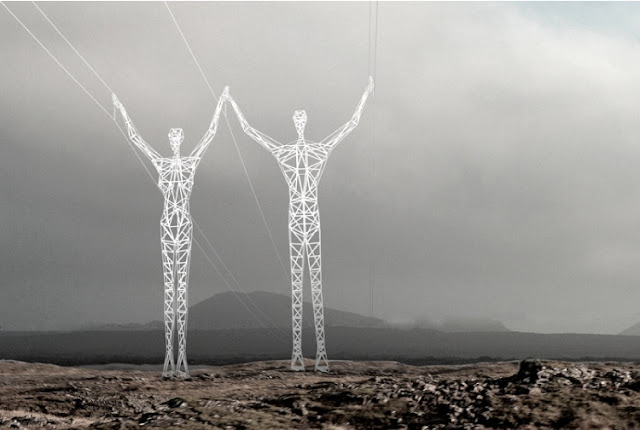 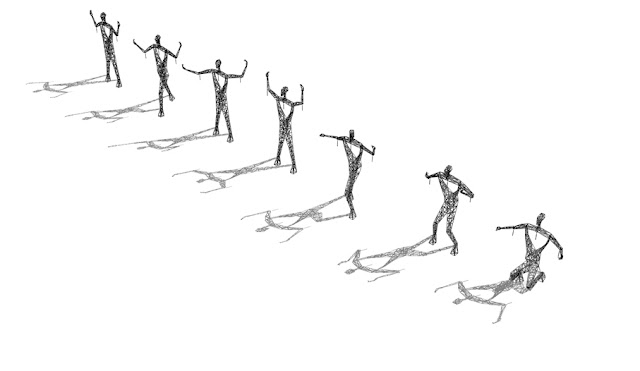 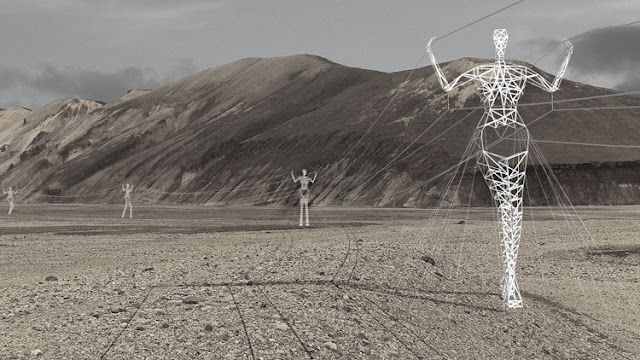 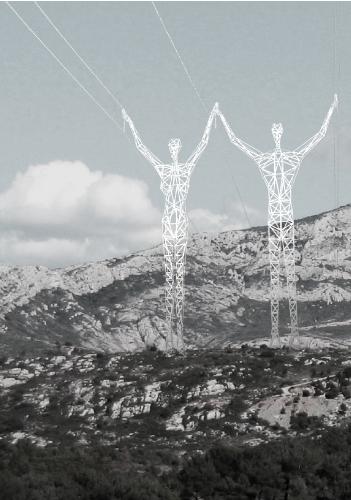 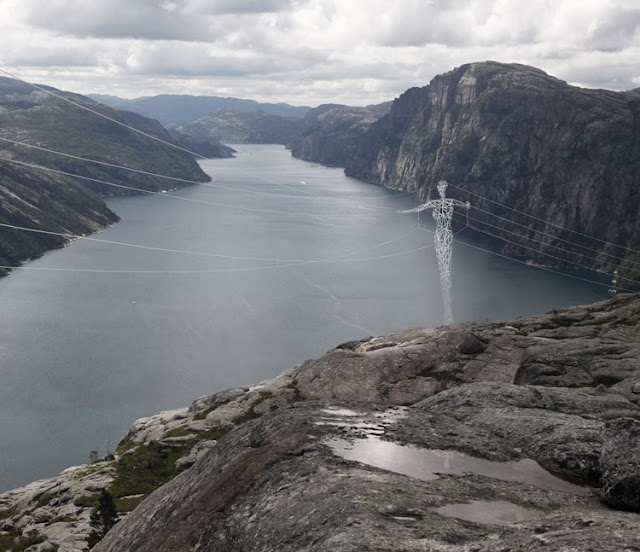 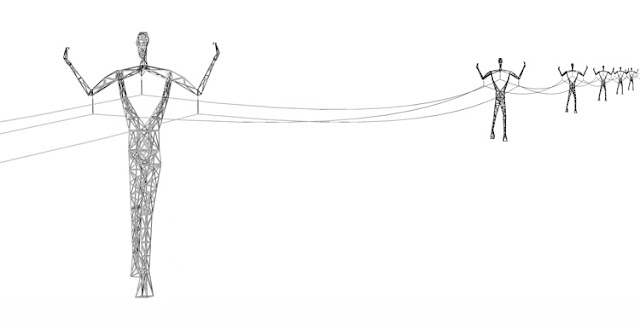 "Recently, the Giants were selected as symbolic structures for ‘Tollwood: Winter festival 2012’ in Munich and also selected for ‘European Capital of Culture Metamorphoses, Marseille-Provence 2013’ in France. The design was shown as a part of exhibition on new pylon designs in Victoria & Albert Museum in London and presently, a model of the Giants is displayed as a permanent collection in Musée des sciences et de la technologie du Canada in Ottawa." 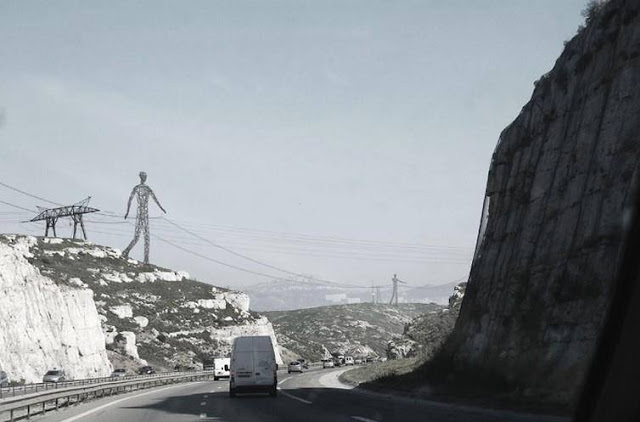