Moto: To Napa For A Ghost Chili Mocha 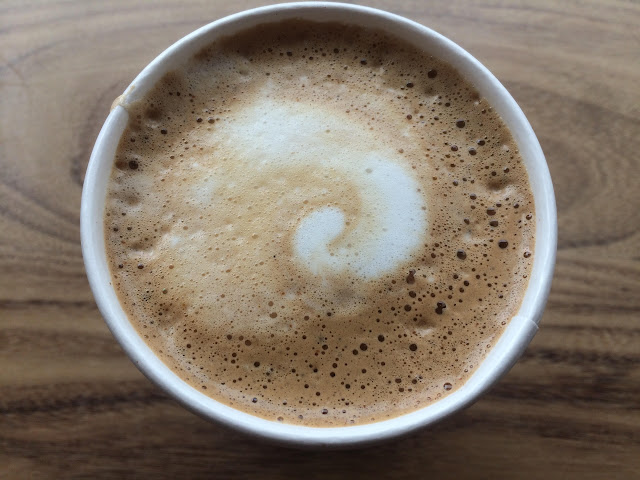 It has been a while since I really got a chance to ride the FZ1 and as I am coming to the end of a 12-day break from work I figured it would be a crime not to ride the darn thing especially being in California with all those suckers in the in other parts of the country not being able to ride right now.  It had also been a while since I had had a Ghost Chili Mocha at Molinare Caffe so today I decided to kill two birds with one stone.

I took my standard route from Davis to Napa 128 to 121, 128 was plagued by a couple of road crews that brought the route down to one lane delaying progress..  One crew was trimming trees and the other that appeared to installing rock-slide retaining equipment up by the Monticello Dam.  I didn't stop to take pictures because there was basically a pace truck that you were supposed to follow up over the gap and I wasn't sure what the rules were for stopping for photos in a work area. 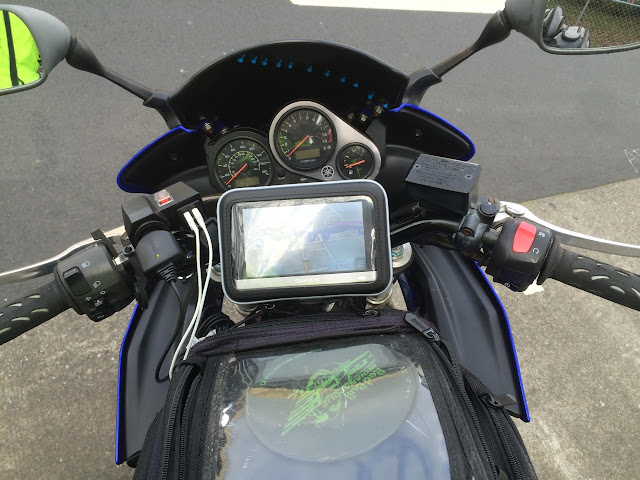 On this ride I was able to test out a few of my Christmas and birthday gifts; A new Garmin nüvi 2597LMT, Exlight Handlebar-mount Double 5v USB &12v Accessory Outlet and ChargerCity 5" Screen Water Resistant Handlebar-mount GPS Case 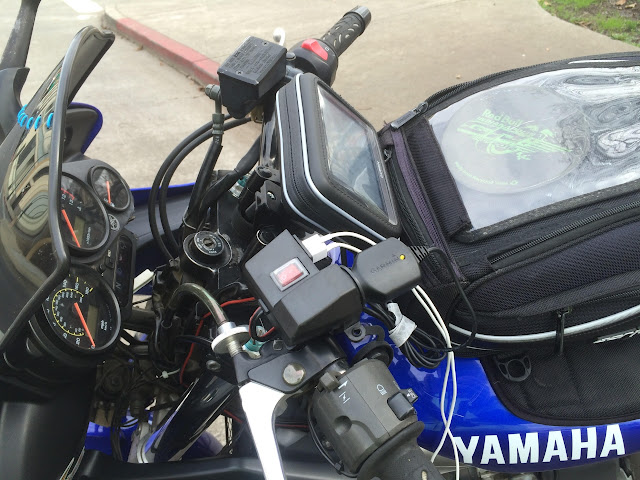 I purposely loaded up all three outlets to test out the electrical system, including running the heated hand-grips.  The one weird thing that I noticed was that the gas gauge was bouncing around from time to time, I'm not sure if that is something that has been happening in the past and I just noticed it now or if it was effected by the new electrical equipment.  More troubleshooting will be required but everything ran fine. 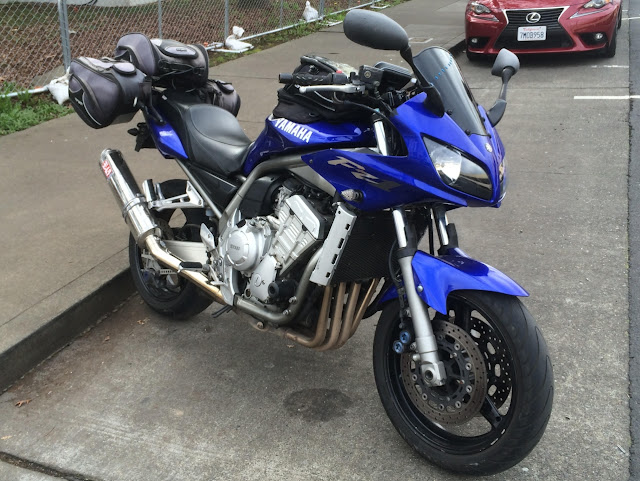 The GPS has washes out in direct sunlight I'm not sure if there is a way to avoid it, I am going to see about changing the background to black all the time like it is at night. 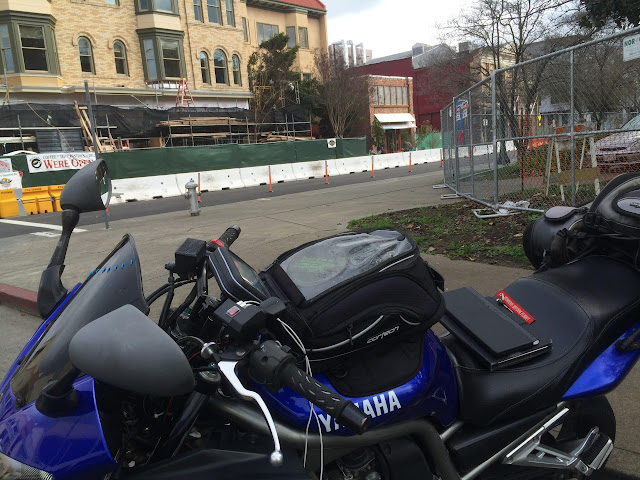 Molinari Caffé had moved to Brown Street, just behind its old location on Main Street, I was a little worried when I pulled up, apparently the building next-door was under construction (maybe repairs from the earthquake). For a moment I was worried that it was closed but finally saw the sign saying they are open. 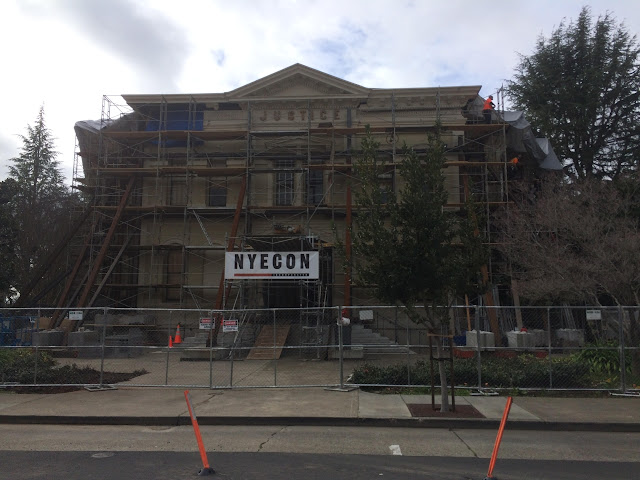 The courthouse was also being worked on. 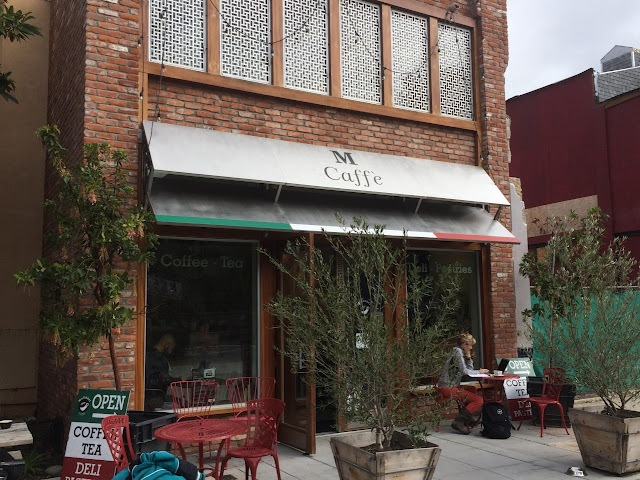 The new location was nice, I like that it was in a separate structure and not a storefront anymore. 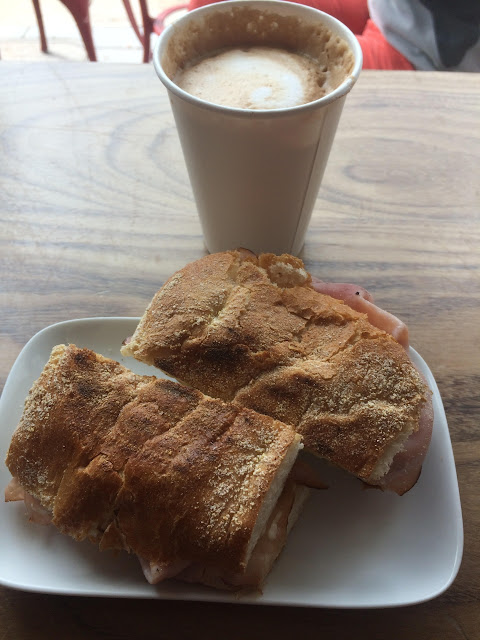 I had the Breakfast Roger – Ham + Pepperjack Cheese + Hard boiled egg slices and the Ghost Chili Mocha which is still delicious and spicy! 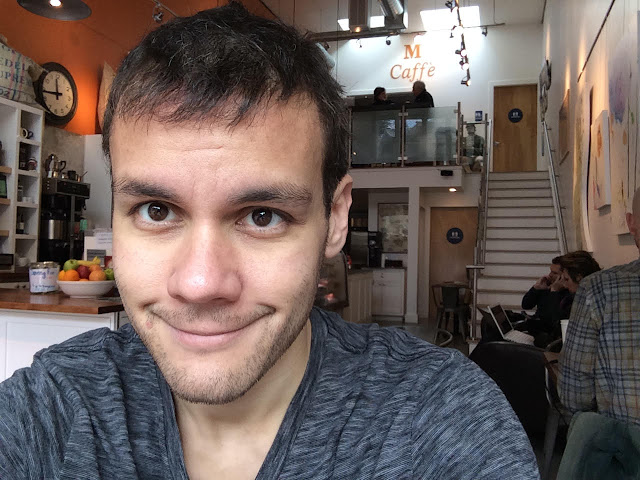 I was a happy camper!  I took the interstate home not wanting to deal with the one-lane over the mountain pass. A good way to spend 4 hours!
Posted by juanbook at 23:03