Music: In Defense of the CD (Rolling Stone) 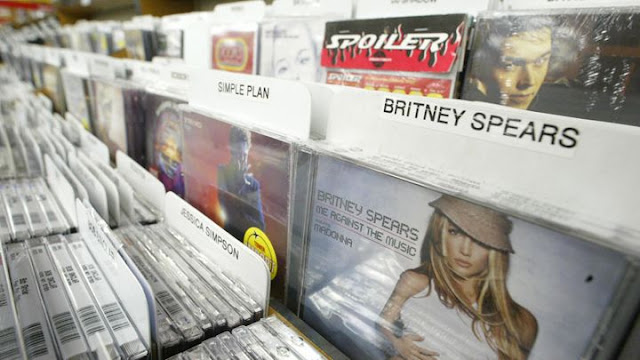 I never got rid of my CDs, though they have been sitting in a non-air conditioned storage unit for the last three summers in Vacaville where it can sometimes hit 110+ degrees (low humidity though) and could likely be damaged I'll find out at some point.  Just reading this article has by rolling stone has made me want to go get them today.

In Defense of the CD

"I know it sounds insane at this point in time, but it wasn't that long ago – two decades, more or less – that many of us actually lauded the arrival of those shiny round discs. Our vinyl was growing scratchy and warped, and cassettes, for all their portability, had serious audio flaws and could break easily. Those gleaming sonic coasters weren't just smaller than LPs; they made music old and new sound clear and clean. Proud anti-digital warrior Neil Young will disagree, but it was time for an audio upgrade, and what we heard – clarity of sound, separation of instruments – was damn impressive in those early CD days."

"Right now, nobody seems to remember any of those upshots. In fact, people don't seem to be just tired of the CD; it feels as if they're actively calling for its demise. When vinyl began dying off in the early Nineties, many people, me included, mourned its passing on many levels. But we didn't dance in the streets that it was in its death throes, the way so many seem to be doing these days with the CD. A friend recently called to ask what he should do with his shelves of discs, since many of his friends were strongly urging him to chuck them. That's right: People were actually saying he should throw his CDs in the garbage. (You can recycle them, you know.)"
Posted by juanbook at 17:30