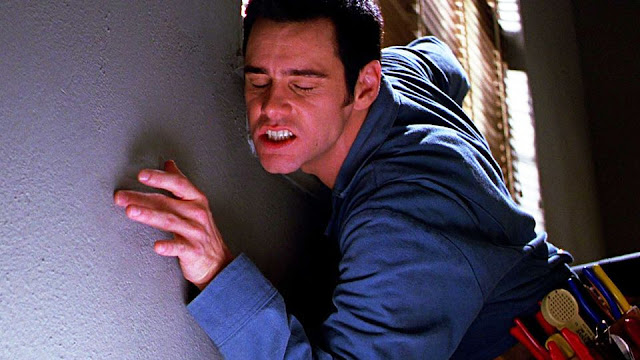 20 years ago today, Jim Carrey blew up his image with The Cable Guy

But even the biggest stars have a few misses between hits, and Carrey’s first one arrived in the summer of 1996, when he headlined a deranged knee-slapper about a possessive leech of a man and the poor sap he latches onto. The Cable Guy, released on this day 20 years ago, was no flop: Though it made less than Carrey’s previous starring vehicles, the film still doubled its $47 million budget after foreign ticket sales were tallied. And the reviews were mixed, not across-the-board toxic. Somehow, though, The Cable Guy took on the reputation of a flop—an industry punchline, lambasted for years afterward, its title synonymous with bad Hollywood judgment. How did a modestly successful summer comedy become Carrey’s Ishtar, his Hudson Hawk?