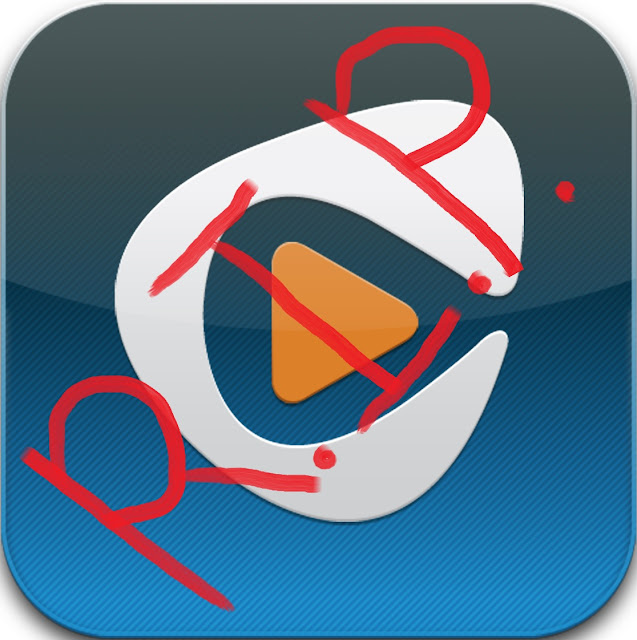 I've been using Rhapsody since the beginning, way back in the winter of 2001 when it was the first ever legit music streaming service. I remember working at the East Madison Best Buy (good old store 059) and we got the software in on CD, I can't remember for sure but I think that we had to pay for the software too and the subscription was $14.99/month.  It took one week of shifts where we had the software installed on the computers at work and were instructed to show it to the customers and I was hooked on this new format of music myself!  I bought the disc and took it home and ever since then I have been a paying subscriber to Rhapsody.  It's funny to think about that time seeing what the music industry has evolved into, I still have the stand-alone software installed on my desktop and laptop machines but for the most part I use the app on my iPhone or iPad and my wife uses the same apps under the same subscription for $1 less than my stand-alone subscription cost me when Rhapsody first hit the market.

It looks like Rhapsody's market share is 1/10th that of Spotify but all 3.5 million users (up 45% last year) are paying members.  I've done a number of trial subscriptions over the years: 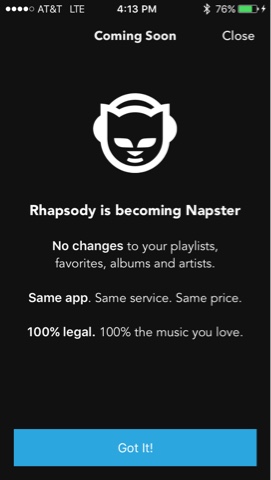 Though not Apple Music or Tidal and while some had gimmicks that were attractive none really did it better than Rhapsody.  Sometimes it might take a week longer to get a new release on Rhapsody; The longest I've had to wait was for Kanye's Life of Pablo, that is if I don't count Taylor Swift's 1989 still waiting for that one...  But I would say that when it comes to depth and breadth of selection Rhapsody is the best.  There have been many times where other friends have been looking for an obscure song only to find that the particular track is not included on the album on Spotify etc... That is rarely an issue with Rhapsody.  Audio quality maxes out at 320kbps but my ears can't tell a difference sorry Jigga.

It looks as if Rhapsody has been running their service as Napster internationally (maybe since the acquisition of the brand) and want to unify under one front.  For me though it seems backwards that they have chosen to lose the brand name that started it all but we'll see what happens for them in the long run.  I hope the name change serves them well and as long as the service doesn't change I'll stick with them but it is truly the end of an era... 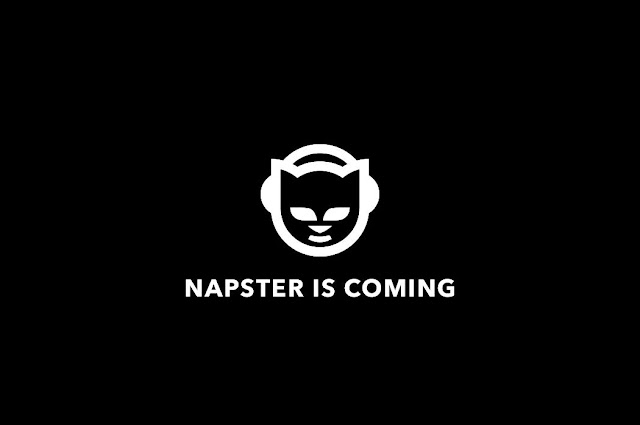