Of Interest: "The President and the Press" (JFK Speech) 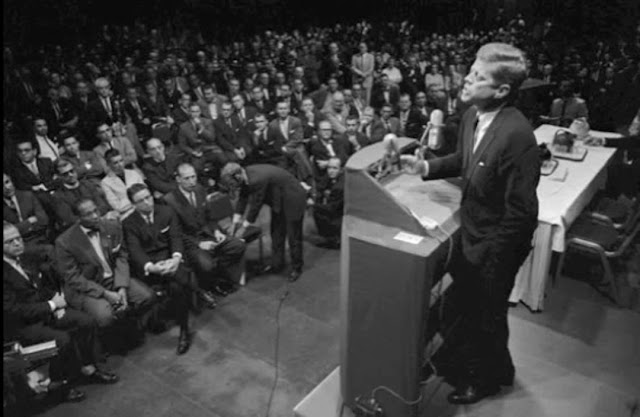 I think that a lot of people, myself included have heard excerpts from this speech.  JFK called it "The President and the Press."  Some might say it is more popularly known as the "Secret Societies Speech," as that is the portion of the speech that most soundbites rolling around on the internet choose to focus on.  Taken out of the context of the entire 20 minute speech it seems as if JFK is warning of some sort of secret cabal that is pulling the strings behind the scene when in truth he is speaking of the biggest threat at that time the rise of Communism, that's it, plain and simple.  What I think is the more interesting portion of the speech is where he chooses to speak to the press in attendance at the dinner about what their obligations to the public should be and how limited their deference to the administration should be.  It's not often that I look back and say that I wish that things were the way they were in the past, but think about what JFK's vision for the press was back then and look at what the press is now.  How far we have fallen... I think that the answer to the question of why also lies in this very same speech;

When JFK gave this speech it was pre-corporate person-hood now look what has become of our press since then, just something I was thinking about today.  Looking at the choices we have being presented to us for President; Ask yourselves would we be better off if we went back to a time where corporations were no longer afforded the same rights as people and the press actually did their jobs as outlined here in JFK's speech?  I think that the resounding answer is YES. 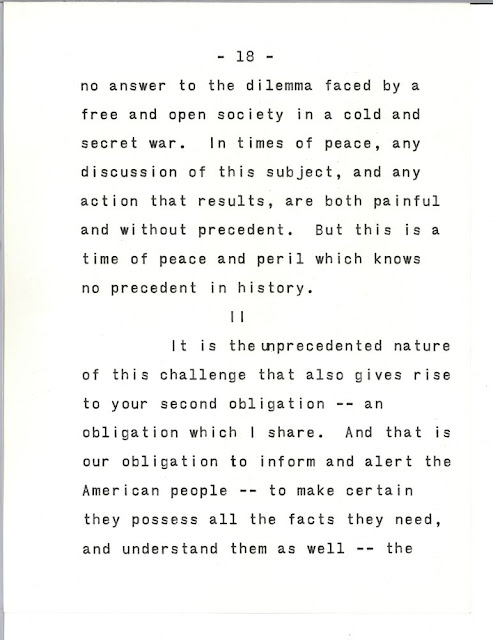 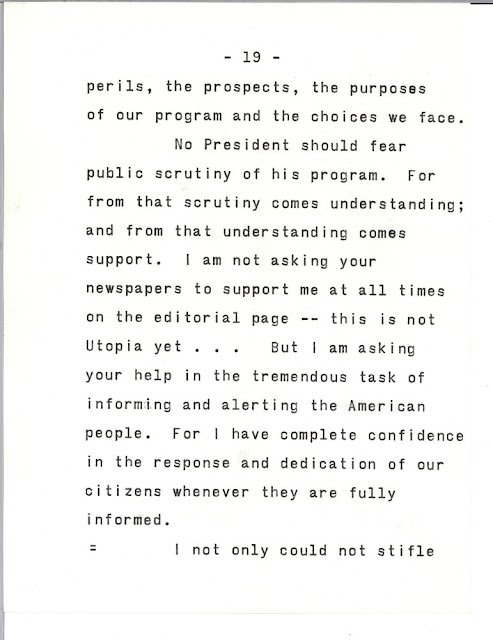 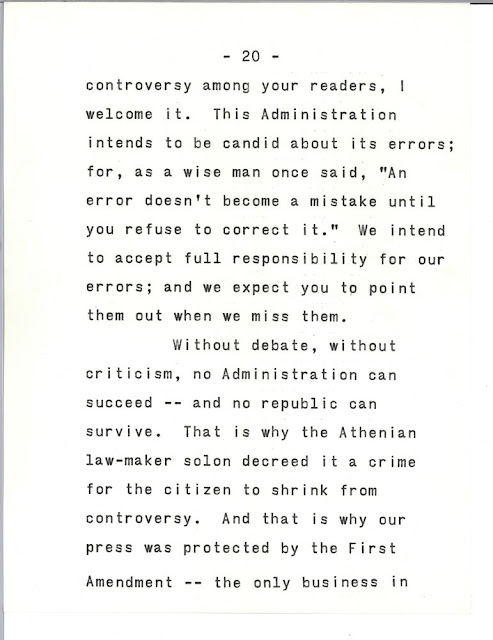 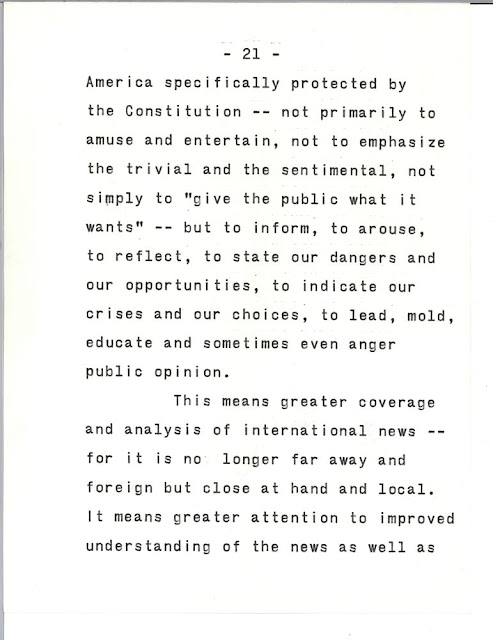 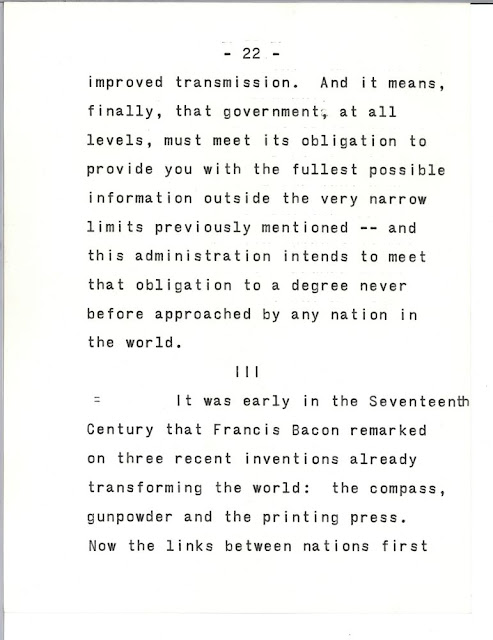