AT (After Trump): A Reality Check on Obama After the Election 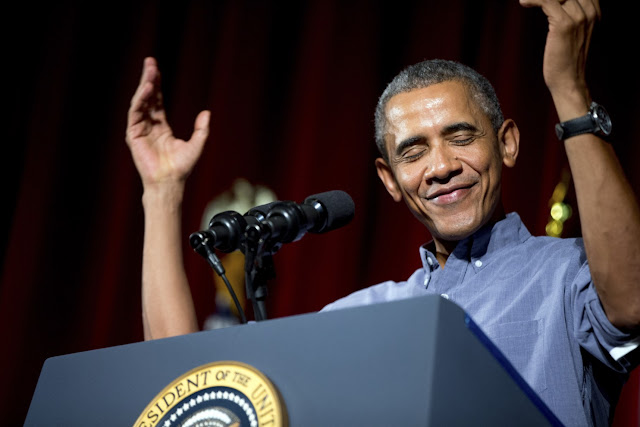 I was/am an Obama supporter but there have been a good number of things that he has done that have not sat well with me.  This post-election commentary by Jordan Chariton, one of the best reporters working today makes some good points about Obama and his apathy.  The points he make are meant to quell the fears about the uncertainty about Trump and while they are outstanding points they are pretty depressing.


"If you think that a President is going to be the one to save your community, think again.  Paul Revere ain't comin' for you, African Americans or Latinos.  We're the ones -the general public- who are gonna stop the police brutality, we're the ones who are gonna stop pipelines.  Not Obama.  Yeah they're the ones who might actually pull the trigger, figuratively speaking and stop it.  Only after we light a fucking fire under their ass.  That's how change happens in this country."

~Jordan Chariton
Posted by juanbook at 20:00