Current Events: A Win in the Short Term for #NODAPL but a Win None-the-less 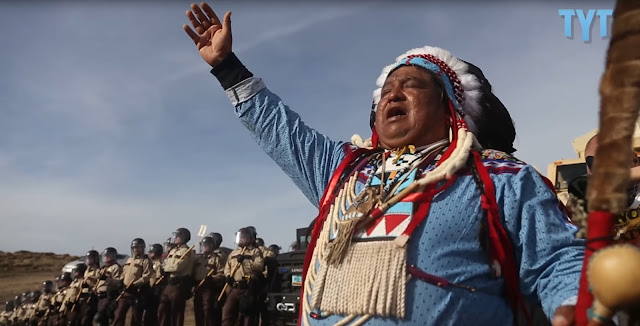 I first wrote about the Standing Rock protest against the Dakota Access Pipeline (DAPL) back in mid-September just after the pipeline security guards used attack dogs on the Native American protesters.

At one point I was someone who would share every little environmental, political, progressive flavor of the week on my Facebook feed spamming everyone I know with what I thought was necessary to make the world a better place.  My belief that shouting things into the collective void that is the internet will make a difference was shattered during the Act-10 protests and subsequent failed recall effort against Scott Walker in Wisconsin.  Furthermore in that same period, any hope that discussing anything that would differ politically with my friends would sway their beliefs at all was shattered as well.  So for the most part what I do share that has a political slant is from a sarcastic "told you so" place after the fact. 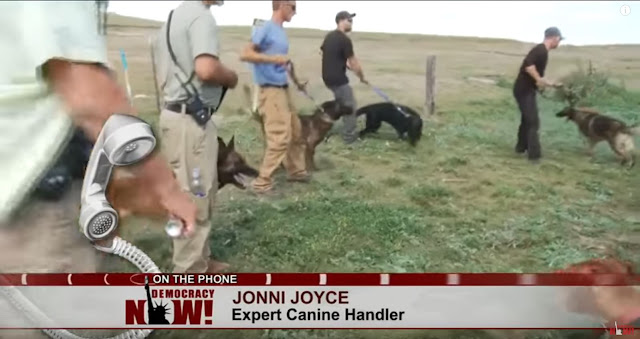 Seeing attack dogs dogs used on Native Americans stirred something in me that I hadn't felt since that time, the need to share the story of their mistreatment, the need to do something even though I know without a doubt that it would likely fall on deaf ears and fixed minds.  Everything I saw from that point on regarding the NODAPL movement and the law enforcement's treatment of the protesters disturbed my moral fiber to the core. 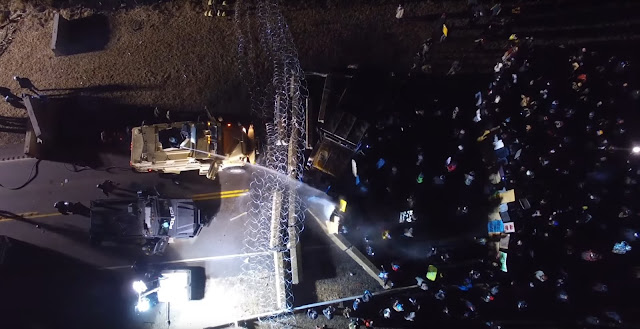 On Thanksgiving I shared a second post hoping to encourage people to call representatives in a hope that someone would stop the mistreatment of the people and stop the pipeline.  Then the next day another post detailing how the government wanted to close the site that the protesters were occupying the day after 2000+ veterans were scheduled to arrive to protect the Water Protectors from the Police. It seemed that things were going to come to a head in a very bad way.


It would seem that on the day of the Veterans arrival at Standing Rock, President Obama has instructed The Army Corps of Engineers to deny the trilling easement and instead conduct an environmental impact review (that amazingly had not been done up to this point) of the 1,170-mile pipeline project and determine if there are other ways to route it to avoid a crossing on the Missouri River. Some hope that pushing the completion date past January 1st will kill the project all together, others are not so sure.  One thing that we (read myself or anyone who happens to read this and care) have to do is remain vigilant.  This story caught my eye not because of the pipeline -seriously we do not need it- but because if brought to light the plight of the Native Americans.  We need to do so much more for our indigenous hosts.  Not only do we owe it to them, but we can stand to learn many things from them as well.

"Of all the contributions America has made to the world, the idea of freedom from a social hierarchy has been the greatest. It was fought for in the American Revolution and confirmed in the Civil War. To this day it's still the most powerful, compelling ideal holding the whole nation together.

And yet, although Jefferson called this doctrine of social equality "self evident," it is not at all self-evident. Scientific evidence and the social evidence of history indicate the opposite is self-evident. There is no "self-evidence" in European history that all men are created equal. There's no nation in Europe that doesn't trace it's history to a time when it was "self-evident" that all men are created unequal. Jean Jacques Rousseau, who is sometimes given credit for this doctrine, certainly didn't get it from the history of Europe or Asia or Africa. He got it from the impact of the New World upon Europe and from the contemplation or one particular kind of individual who lived in the New World, the person he called the "Noble Savage."

The idea that "all men are created equal" is a gift to the world from the American Indian. Europeans who settle here only transmitted it as doctrine that they sometimes followed and sometimes did not. The real source was someone for whose social equality was no mere doctrine, who had equality built into his bones. To him it was inconceivable that the world could be any other way. For him there was no other way of life."