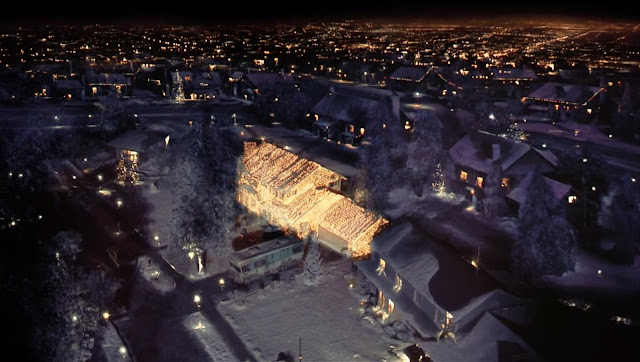 Distractify first Brought this to my attention a few days ago and I thought it was something that I would like to share via my System Ops section of my blog.  Distractify is doing much the same as I am and re-sharing the work that Estately did with some interesting graphics.  Here are their calculations:

You can find the breakdown per state on their blog post I'll just share the pretty info-graphic. 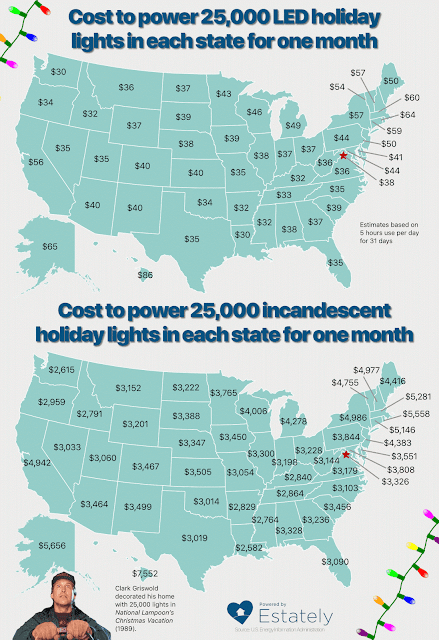 Another blog Updates From The Night Shift (where I sourced the top image from) used a different method to calculate the Clark's bill back in 2014:

"In the 41 frames, or 1.7 seconds, that this is shown, the tens dial spins around two and a half times, meaning that 250 kilowatt-hours were used in this amount of time. That’s a lot of power! How much? Well, if you divide by 1.7, and then multiply by the conversion factor for kWh/s to watts (or the number of seconds in an hour times 1000), it turns out that these imported Italian twinkle lights are using five hundred and twenty-nine Megawatts.

No wonder the rest of the city lost power. In 1989, the year of the movie’s release, Chicago had a population of 2.7 million, using perhaps 2.25 GW of electrical power residentially. That means the local electrical grid saw a sudden load increase of almost 25%. I’m impressed it handled it as well as it did."

His blog also goes into some insights into the real-world effects that such values would have had and it wouldn't have been pretty.  It turns out, "Aunt Bethany was right all along."