AT (After Trump): Be the Dove 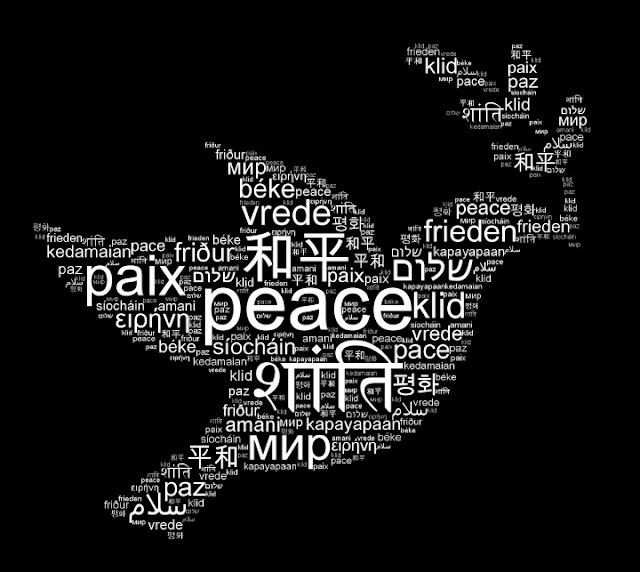 Back in mid-June I shared a post (We're Gonna Get the Leaders In This Life That We Deserve) with an Ethan Hawke Big Think piece that was spurred on by then Presidential candidate Trump calling Elizabeth Warren "Pocahontas" meant as derogatory label. I have been thinking about that since tyhe election took place and another part of that piece has become one of my New Years resolutions:

I got to interview the great Kris Kristofferson the great poet, songwriter, actor and I was asking him what happened to the tough guy liberal?  Why are all liberals now kind of seen as, lesser men than like kind of the hardcore conservatives?  Why is that somehow equated with masculinity?  Where in his generation, he, Johnny Cash, my grandfather, LBJ...  There was a great, Southern Progressive; the person who really walked the walk and talked the talk of the unwavering equality of mankind.  Where did that guy go?  And Kris talked about something that really bothered him that Johnny Cash used to say.  People ask me if I'm a dove or a hawk, I say I'm a dove with claws.  And Kris used to say to Johnny.  You know nobody thinks you're a pussy, you can just say you're a dove.  A dove doesn't have claws and its okay to say, I'll fight to the death for the right, for people to be free, for people to speak their mind, for people to treat each other with mutual respect, to save this planet.  I'll stand for something.  You don't have to be a dove with claws.

The resolution is to restore the mantle of strength to liberalism, to no longer be apologetic, to no longer cater to the conservative belief that these topics are up for debate:

There are things that can be negotiated and discussed but these are not up for negotiation.
Posted by juanbook at 12:54