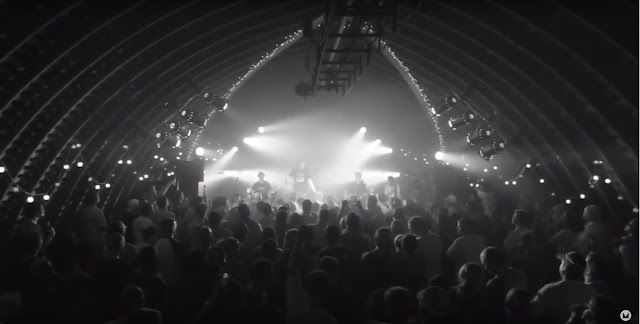 Today in my "on this day" feed on Facebook I shared a (now dead) link to an article Counting Crows: Adam Duritz Talks Underwater Sunshine (similar article from the time):

I've been a fan of Counting Crows since 1991 it's been a while since they released an album so its no surprise that the faded to the background of my musical consciousness. They do have a new album of covers that came out this year (I just realized this). Basically anyone who has downloaded some of their live shows or have seen them live a number of times will not be wowed by these covers. They are pretty much Counting Crows standards. One song that does stand out is "Like Teenage Gravity" by Kasey Anderson & The Honkies' Kasey Anderson. I like the Counting Crows version but it really just makes me want to learn more about the other band. Great song though do a little googling and check out either version you won't be disappointed :-)

I took my own advice in that post and googled the song and found the above video which is has some great B&W cinematography to it and the song still stands up so I decided to share it.  I hope you like it as well!  For good measure find the original version below.

Email ThisBlogThis!Share to TwitterShare to FacebookShare to Pinterest
Labels: Counting Crows, cover, Juan Delgado, juanbook, Kasey Anderson & The Honkies, Like Teenage Gravity, Music, or What We Did On Our Summer Vacation, Underwater Sunshine