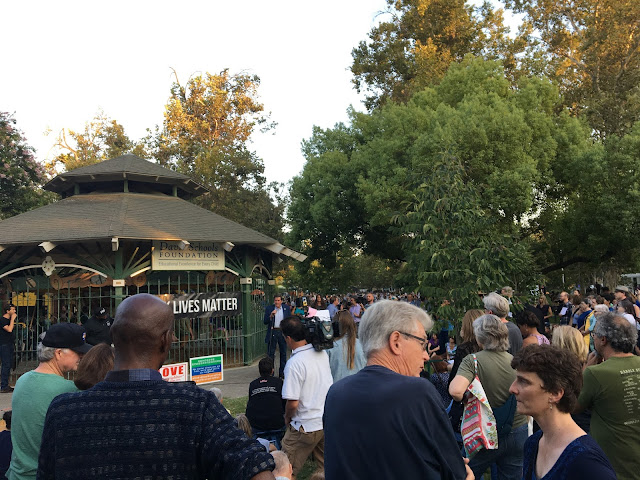 Was only able to be there at the beginning of the rally but did shoot a video of Rep. Garamendi's speech for those who are interested in seeing it. I wish I would have gotten Mayor Davis' speech too; his was more to my taste.

This was my first time seeing him speak and felt like a speech that would fit better in the Reagan era. There is very little political risk for him to come out and speak tough against Trump kind of a no-brainer for him to show up. As mentioned the lack of substance was clear; I also didn't like the bungling the MLK quote, and how many times did he need to say "please" to Trump.
Posted by juanbook at 06:30