Of Interest: The NRA Supported Gun Control When The Black Panthers Had the Weapons 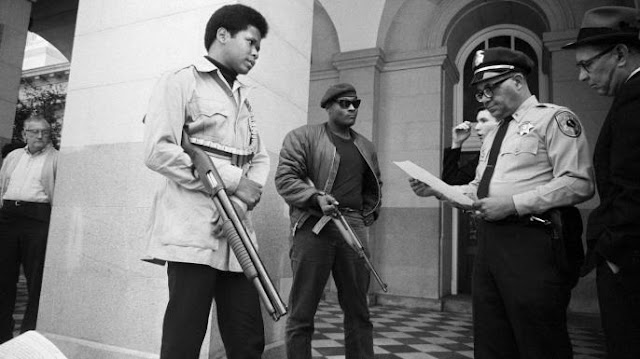 What it took to get the NRAcists to back gun control.

“Emboldened by their calm exchange with the police, members of the group began to follow police cars and dispense legal advice to African-Americans who were stopped by the police while legally carrying their weapons. The group referred to these activities as “police patrols.”

“Bobby Seale and Huey Newton used the Second Amendment to justify carrying guns in public to police the police,” says Winkler. “The Panthers would stand to the sidelines with their guns, shouting out directions to the person. That they had the right to remain silent, that they were watching and that if anything bad happened that the Black Panthers would be there to protect them.”
Posted by juanbook at 08:30